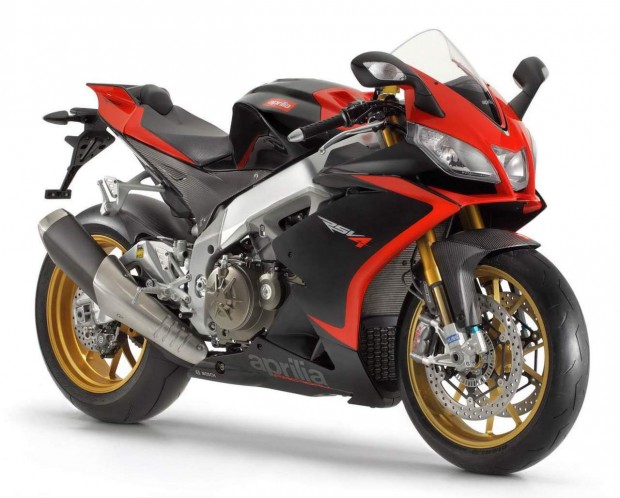 To return to the many improvements made to the V4, one discovers that the power unit has lost 1.5 kg by using titanium for the sixteen valves and reworking the four crankshafts. The crankshaft is lowered. Besides this, the engine receives numerous changes, especially at the level of admission with larger valve diameters and a new box in air as well as on the side of the exhaust with redesigned tubing. These improvements coupled with an electronic “boosted” by an army of probes, the 999cc V4 develops now 201cv 13 ‘ 000 rpm (switch to 13’500 rpm), which is 16 more than the first generation. Engine designers wanted more power at all rpms, bet won! Side couple, Aprilia announcement 115Nm, nothing extraordinary for a V4 but distributed perfectly in any point of the curve. It alleged that the RSV4 to Miss power against its rivals, this time is now past!

The differences between these three versions seem to be minimal on paper but are the most important on the track. RRs ‘Race pack’ and RF differ from the basic version by forged aluminum wheels and suspension equipment, full Ohlin’s (diameter 43 mm fork, rear suspension and steering damper) for the ‘Race pack’ RR and RF against a Sachs set for the basic version. In Switzerland, CHF 2’000. – separate the “Race Pack” RR RR to reach CHF 20’990.-. The RF, it plays the card of exclusivity with a livery marrying black and the colors of the Italian flag and produced in limited edition to 500 copies… The price? CHF 22’490. -! And will this latest version that we will test on the technique route of Misano.

The part-cycle, we learn that the swing arm was lengthened 14 mm to increase traction, although assisted by traction control, and reduce the natural tendency to the wheeling. In addition, the RSV4 offers the possibility to adjust the standard elements of the part-cycle (adjustment of the position of the engine within the framework, the pivot direction angle of the swing arm and the height of the machine in the back). Obviously, suspension components, Sachs as Ohlins, are adjustable in all directions. Unfortunately, Aprilia did overlook the semi-active suspension system already found on other competitors.

However, the RSV4 RR itself with a new electronic management without equal; aficionados already knew the as code APRC (Aprilia Performance Ride Control). The APRC includes different technologies: ATC (adjustable traction on eight levels, even rolling control), the AWC (anti-wheeling adjustable on three levels), Lac (launch control at three levels of performance; to be used exclusively on circuit, we are told!), the AQS (quickshifter to mount reports on the fly, without manually operate the clutch).

In addition, there are the inevitable ABS Bosch model 9MP, adjustable in three positions (Track, Sport, and Rain). For the adventurous, it can be switched off. He is working on two wheels and allows to control the effect stoppie to maximize braking.

And finally, a novelty, and not least, view in the mapping engine. Forget your skills! In ascending order, S means no surprise Sport, T to Track (and non-Touring) and R for… Race! Therefore, there is more fashion Rain limiting power. Incidentally, note in passing the Aprilia Racing slogan: “Be a racer!”. The field of action of the different modes resides in the response of the handle, gas and in the control of the engine brake latter being almost – forgotten in Race.

And the novelty is telemetry delivered original with the “RR Race pack” version and interactive directly with your smartphone (Android, iOS and Windows Phone), code name: V4 – MP. Your smartphone is transformed into actual prosumer tool. The main features:

Active electronic setup: this is a clone of the electronic management “corner-by-corner” used in competition. Using the GPS on your smartphone, the system recognizes the position of the bike at any point in the circuit and automatically changes settings (traction control, anti-wheeling, mapping, etc.) by accessing a database that contains settings recommended by Aprilia Racing circuit. In any case, you can select at every turn the electronic setting corresponding to your preferences. This adjustment of the parameters at each point of the circuit, without being distracted, is a guarantee of safety and efficiency.A series of circuits are already introduced into the application.

Immersive virtual telemetry: your smartphone saves the data from the motor and, by means of a sophisticated and realistic chart, demonstrates your performance. The time of reference is indicated by a motorcycle “ghosting” and compared this optimum performance can be downloaded into a database containing all chronos made by Aprilia customers on each circuit.

Adaptive race Wizard: this device provides advice in real time on how to get the most out of your RSV4 on circuit, safely. Thanks to the technology of simulation of the Aprilia racing Department, you can establish the ideal time for each circuit, taking into account differences in adhesion and level of pilotage. The application compares the performance of the driver in real time and offers immediate assistance by indicating when to slow down and when it is possible to speed up.

Aesthetically, the Superbike of Noale also evolves and plays map fluidity. This is the front of the fairing that receives the most changes to satisfy the aerodynamic performance of the machine at high speed. For the rest, little change and the RSV4 retains its hyper-athletique. Fine and very aggressive forward, his line continues until the back loop. Already very short, the stroke of a pen of his silhouette also increases his stocky appearance. Is the RSV4 the superportive the most successful of the moment?

We thought that Aprilia was merely a simple update of his beautiful, we deceive us. And for those who still doubt, let’s take his handlebars during four sessions of twenty minutes on the Misano circuit. 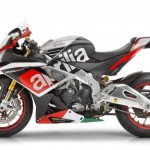 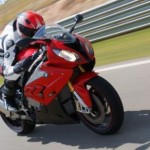 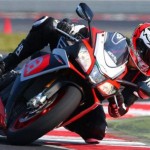 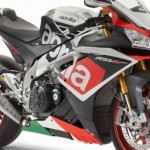 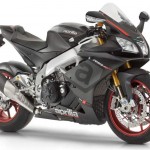 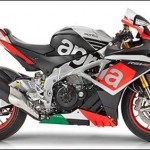