A unique model, which shares nothing with the Kawasaki range. The Ninja H2 is the same representation of exclusivity. By consulting his very extensive press kit, we discover the bike, its components, the reason for the use of certain materials, the technical details… The Ninja H2 front fascinates even as taking place on his saddle. Let’s look first at the heart of the beast, its four-cylinder delivering a whopping 210cv with RAM Air (forced-air) to 11’000 rpm online. until then, nothing extravagant, the Kawasaki ZX – 10R and the ZZR 1400 are as much. 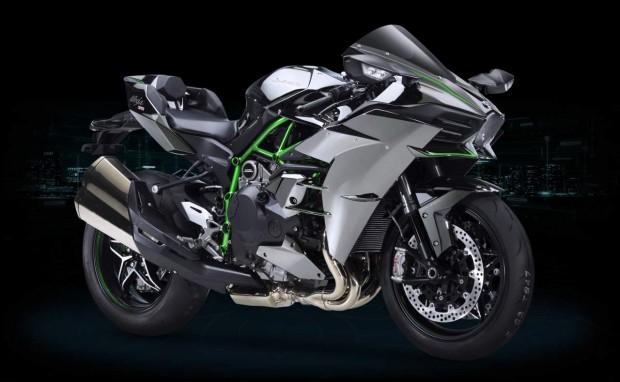 What holds the attention, it is the compressor! Indeed, the 998cc is supercharged by a compressor driven by a chain, and it is what promises the difference. The compressor was chosen for the simple reason that it is much more compact and lighter than a turbo; in fact, no need for an intercooler (cooling system) or redirection of exhaust ducts. Also, developed exclusively by Kawasaki for the Ninja H2, the compressor provides increased torque at low revs (that does not allow a turbo) and increases power at high revs. Its maximum speed reaches 130’000 rpm and compressed air up to 2.4 bars (for the H2R). 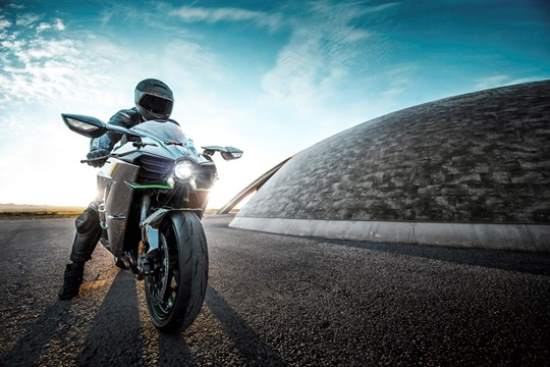 To accept such pressure levels, the air box is designed aluminium and features only the injectors and the turbinates for admission. The air filter, it takes place upstream of the compressor.

Without going into the technical details of the mechanics, we noticed already that Ninja H2 is not a conventional motorcycle design and is incomparable to his two sisters ZX – 10R and ZZR 1400. To make short, when it opens big Ninja H2 throttle, throttle response is immediate and the couple is available without delay. About acceleration… leave you read the lines that follow. 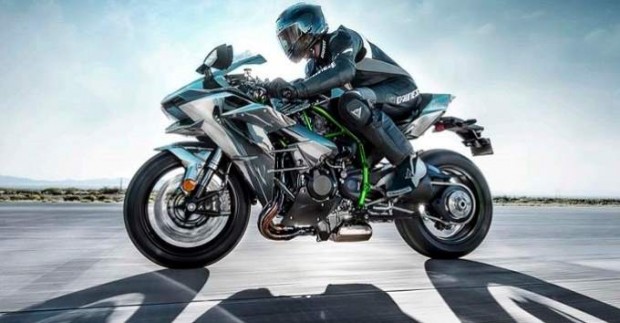 To compensate for the performance of the engine, Kawasaki has equipped its Ninja H2 of powerful brakes. Brembo has been appointed, without hesitation and rightly so. There are two huge 330mm diameter discs enfolded by the very effective calipers radial monoblock M50. Also, rarity on Japanese machines, brakes are complemented by aviation type hoses, gage endurance and consistency in intensive use. At the rear, is merely a single 250mm disc and a caliper with two pistons. 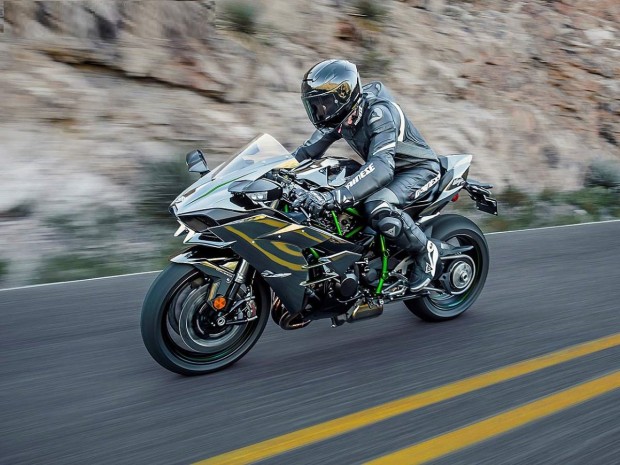 Side part-cycle, manufacturer of suspensions Kayaba (KYB) take advantage of the exclusive Kawasaki to launch its new model, the fork AOS II racing. It is based on separate cartridge air-oil of the bikes models. 43mm diameter black tubes are adjustable in compression, preload and rebound, directly from the top.

The key to the Ninja H2 is also the “River Mark” logo, the tone is set. Not command keyless, still need insert the key into the Neimann. We moved aboard her in the same way as you would on a sports. The weight of the upper body is based on the wrists. The legs are very folded. The bike is longer than the ZX – 10R, but shorter than the ZZR 1400; as such, the arms are much elongated and the position is not too extreme. Thus, one can admit that the position is comfortable, relatively to that experienced on the sport. The buttocks is maintained by two (adjustable in depth at two positions) rubber bumps on the back of the saddle; During accelerations, there will be no need to cling to the strap handle. The saddle is however quite hard and narrow, what remind that we are in the presence of a sports car, pure and hard. 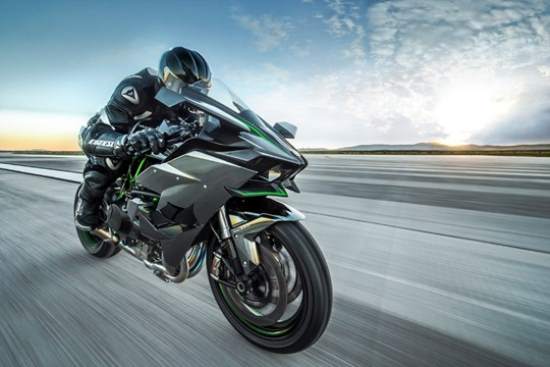 Turn the key and dashboard lights. Is engaged the engine that shakes in a tone both raucous and metal. Nothing extravagant if not the soundscape exudes power. It will suffice to some shots of gas without even climbing high in the towers to confirm.

The first report locks frankly about shaking the bike. The clutch control is flexible, slipper the clutch is not there for nothing. Releasing, there on his surgical precision. The four-cylinder torque launches the motorcycle on a net of gas. Change the report manually, time the mechanical heating and failing use the quickshifter which is rather calibrated to report at high speed. It wraps nicely, but surely. It must tame the Ninja H2 before daring to tickle the mechanics. 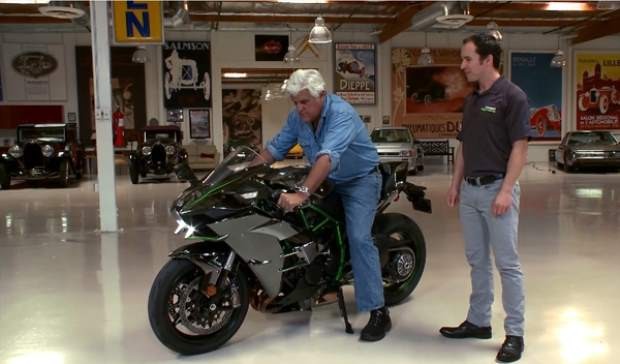 While remaining low in the rounds, to below 5’000 rpm, the engine is flexible and does not suffer from any kicker injection. It is a true four-cylinder engine. Plenty of torque, he grumbles not need cruiser on ratios when it passes through any locality, stalled at 50 km/h. From 4’000 rpm, one feels that the compressor enters the dance. If you are not gentle with the throttle grip, it may well be that you might encounter a few unpleasant jolts. One would almost say that the Ninja H2 is a civilized machine. But it is not…! 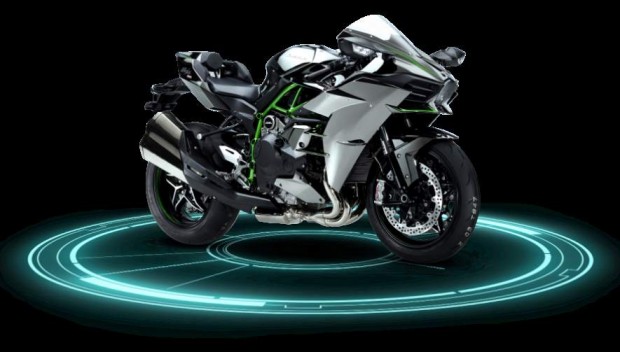 For feedback Join us: