The most reputable preparers motorcycle are in the US and Europe, but gradually emerging important design studios in Asia, where the bike has more weight as a vehicle. By scanning the Web, we sometimes fall on motorcycle preparations outside the box. In this case, it is that of Motor Studio, the Versys’ The Temper “that caught our attention. 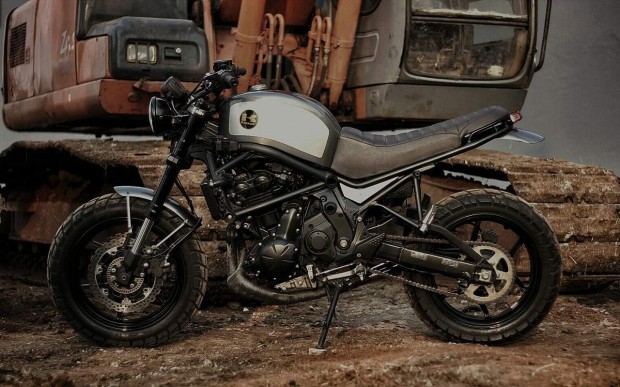 Eye to preparing Studio Motor in Indonesia around a Kawasaki Versys 650 2014. The customer wanted to convert the Japanese balanced on a model scrambler trail and it got down to work.
Oddly enough this preparation renamed ‘The Temper’ keeps the chassis, the fork, swingarm rear suspension and tires of the original Versys. ‘Solo’ has been commissioned to manufacture the body parts of the bike with galvanized metal, and change the optical by more classical, enter a handlebar Pro Tapper type ‘fatbar’ changing ergonomics beside the seat, a custom exhaust tires Shinko E705 mixed use and hand painting Komet. 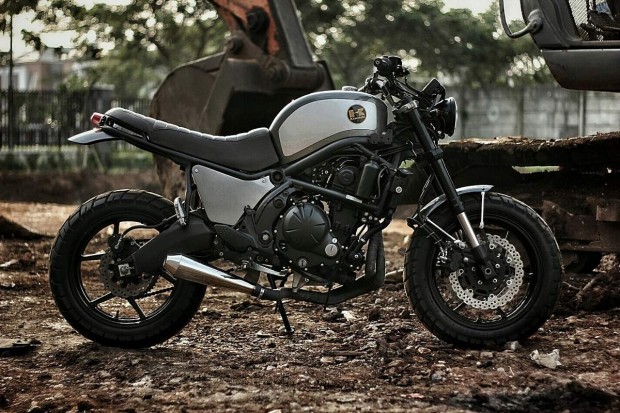 Better to not change the position of the leak is not a full scrambler, but certainly in some steps completely change the character of the bike to the customer.
The base is other than a Kawasaki Versys 650 vintage 2014. The crazy idea of Indonesian society Studio Motor was to turn it into a kind of scrambler. “The Temper”, name given to this preparation means anger … as if the Versys 650 had blown a lead while looking in the mirror. 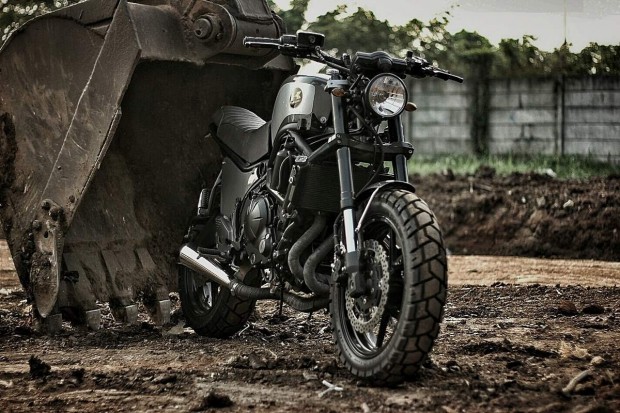 Imagine the scene: “remove me this plastic shroud that serves me!”
The only bad taste, in our humble opinion, was to adopt a low exhaust position rather than just double flute alongside the saddle, as is the unique look scrambler. 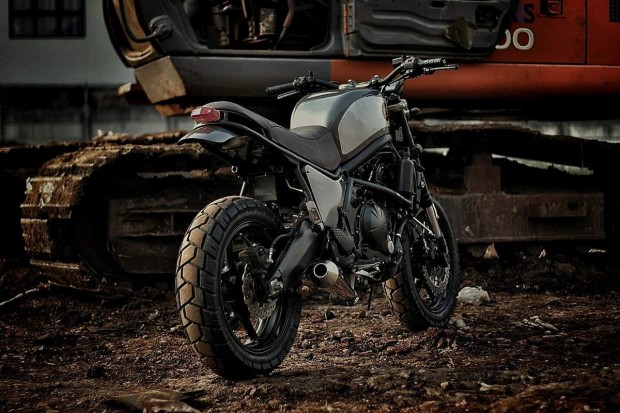 We like the original painting, but also changes, with care and quality finish. And finally, taking a step back, we like this preparation which radically changes the look and vocation of the Versys 650.