Already on pole at Imola for the first weekend of the season, Davide Giugliano gave ca two races later in Portugal. The Italian just ahead of Tom Sykes and Kawasaki teammate Chaz Davies. 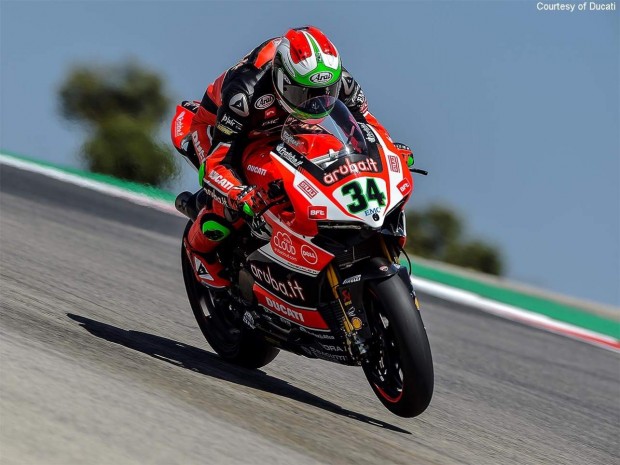 For the second time in the Superpole winner in three races, Davide Giugliano was undoubtedly the speed of the best. But the Ducati rider has so far never managed to win in Superbike. A tare correct stain it tomorrow on the superb track of Portimao from the top spot on the grid. But Tom Sykes will be on his side determined to build on the launch of his double at Donington to try to regain the championship points leader. A standings with his compatriot Chaz Davies also still beautiful things and will aim to play again on Sunday podium since the first line.

Alex Lowes, excellent fourth, we know that the task is difficult but not impossible while Leon Haslam will attempt to restart after several mixed weekend to defend his runner-up spot in the championship. Matteo Baiocco surprised us a spot in the second row in front of Sylvain Guintoli and Jonathan Rea who will have the difficult part tomorrow from eighth after falling from his second fast lap in Superpole.