Honda RC213V-S at Hillclimb in Japan

Honda has rolled his RC213V prototype-S at a coast of Japan Hiroshi Aoyama to race with his handlebars. The highlight of Honda for the Honda RC213V 2015-S, the sports super exclusive MotoGP derived from that we saw as a prototype at the EICMA 2014. Honda has rolled the production version in Japan with Hiroshi Aoyama Ashima rise in Europe and submit the weekend of the Catalunya GP MotoGP Casey Stoner. In fact the Australian pilot MotoGP champion, has collaborated in the development of the bike. 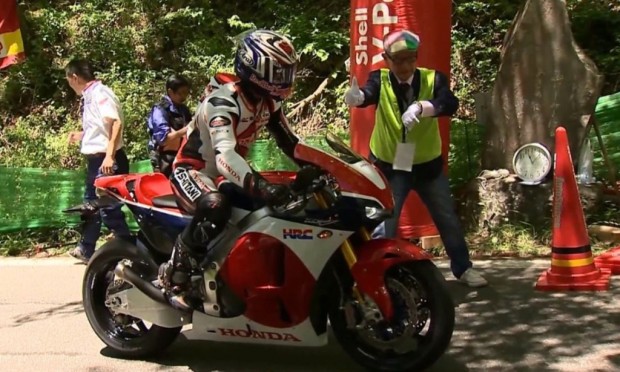 While some announce the official presentation on 11 June of the road version of the bike of Marc Márquez, called for the occasion RC213V-S, Honda rolled the prototype presented at the EICMA show in Milan during a race Japan coast.

Hiroshi Aoyama, who had the chance to drive it at the event, gave his impressions at the end of the video below, unfortunately do not speak Japanese it is impossible for you to translate.

Note that the typical air inlet RC213V Marc Marquez is still here replaced by the compulsory beacon for approval, the engine must therefore lose much of its power … 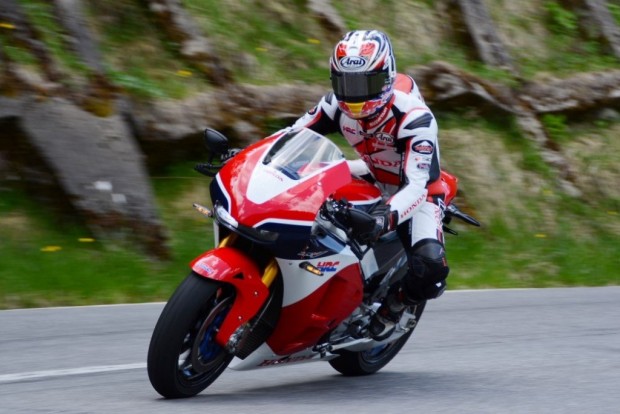 Without knowing the final data of the Honda RC213V-S it is known that its price will exceed 100,000 euros and manufacture hand will be very limited. And it is that elements such as chassis, swingarm, tires, suspensions, tank, seat and much of the engine parts are like the Honda RC213V racing. It will have at least 210 horsepower, without enjoying logic elements such as pneumatic valves, the seamless exchange or pistons MotoGP bikes not shoot further and get the price reasonable maintenance intervals. Logically also loses configurations in terms of the exchange, which is not as necessary for future owners of this wonder, heir to the Honda RC30. 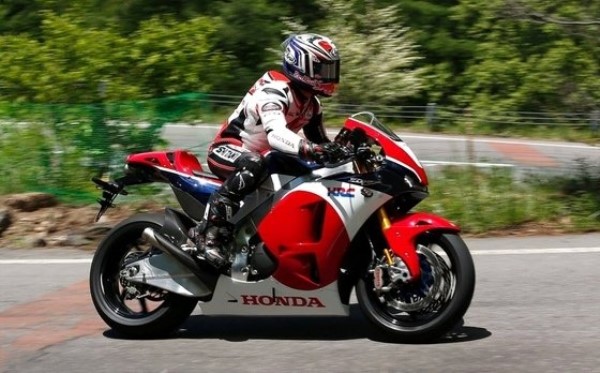 Enjoy spectacular elements as a titanium exhaust made by hand under the tail, handmade carbon fiber fairing, display developed by HRC, specific Brembo brakes on the rear axle, Öhlins suspensions or customizable cam position. Especially interesting as they have solved the introduction of optical mirrors on protective of the cams and the license plate.

In short,  so see if the arrival of the RC213V-S of info or intox … In your opinion the Japanese firm should provide all the information most anticipated model Honda in a while.