Victory Motorcycles has unveiled the Project 156, a motorcycle designed to assist in the Pike’s Peak International Hill Climb, 28 June 2015. 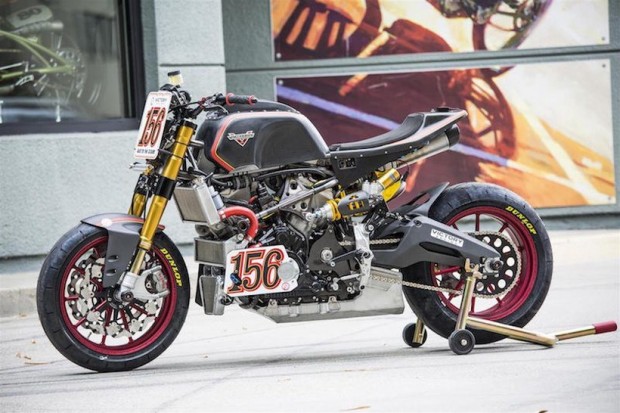 Unique model built by Roland Sands Design Racing and Victory, the machine looks like a fairly radical roadster, mu by a V-twin liquid-cooled high performance that this Victory as “the future of the brand.”
Let it be so say, this racing prototype will arise in the medium term production models. One can even imagine that with Indian in his wallet, the Polaris Victory group could redirect to a more sporting philosophy, leaving the pure custom to its “historic” brand.

You can watch here a video Victory Project 156 bellow:

But this is another story ..2015 is still synonymous with competition for Victory Motorcycles. After announcing their participation in the TT Zero the Tourist Trophy 2015 now just launched its prototype Victory Project 156 for the climb to Pikes Peak on June 28, 2015 in Colorado. It is a spectacular handcrafted naked conducted in collaboration with Roland Sands, the pilot Don Canet.

The aim of the Victory Project 156 which takes its name from the 156 curves that make the climb to Pikes Peak is to try this new liquid-cooled engine, the future of Victory range of custom bikes. It has been developed by the development center Victory in Minnesota, with a double collector 67 mm and titanium parts in admission to maximize power and torque, which have not been declared. 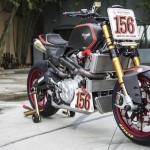 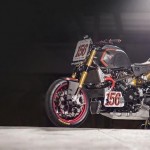 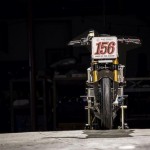 Roland Sands has worked mainly in the complex chassis fitted to a motorcycle Öhlins suspension and Brembo high performance as they send the current canons. Among others the will to do with a Kawasaki Ninja H2, will also make his baptism of fire in competition this year.