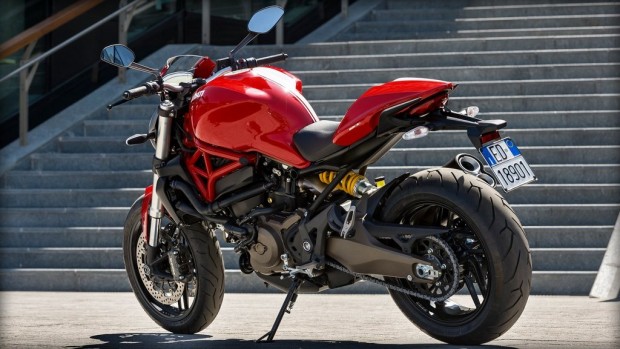 Already available, the Ducati Monster 821 Stripe by 11,840 euros (600 euros more than the standard) and the Ducati Monster 1200 S Stripe by 17,690 euros (1,000 more than normal).
As the name suggests the white stripe that runs from the front to the tail guarbadarros through the dome and the tank is the main novelty of this special decoration on both Monster. However it is not all, because in the 821 is associated with a fully adjustable suspension, while the Monster 1200 S plate holder Ducati Performance is what is unique.

Otherwise they are identical to series models, so we’ll refer to the tests to check everything give of themselves on the road. The truth is that this simple detail feel them really well.

Borgo Panigale firm again have these special versions that have the specific decoration Racing Srtipe white Lines that cross the Italian motorcycle from the front dome, in the case of the Monster 1200 S to its rear.

These models are available at all distributors of the Italian firm in our country, with a starting price set for the Monster 821 of 11,840 euros and 17,960 euros in the case of wild Monster 1200 S. 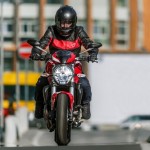 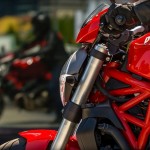 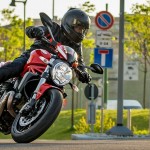 Apart from the aforementioned decorative painting, which is only available in red, the new models will have in its endowment series of adjustable suspensions for the Monster 821 2015 and portamatrículas Stripe Ducati Performance and dome in the Monster 1200 S Stripe 2015.