Bracelets, ultra low bubble seat backrest and a villainous look to perfection. Visually, the XJR 1300 throws racer in this release. But what pleasure she provides when one combines the terminals his handlebars? This is what we wanted to know by using it every day, for a week. 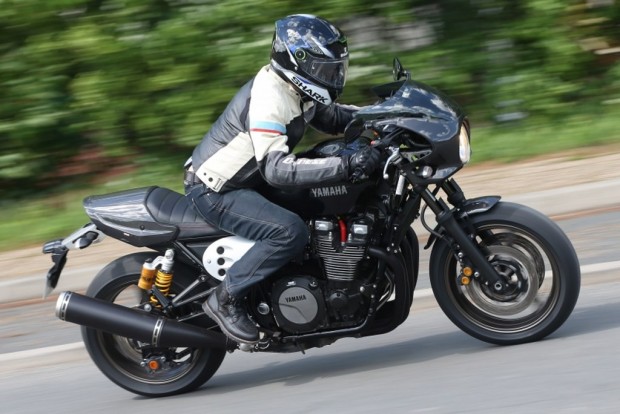 A massive look, a little low weight (240 kg with full tanks) and a pair of bracelets: in other words we do not expect to live a love story when urban straddles the XJR Racer for the first time. But they are wrong: rather low saddle, the Yam also has half handlebars, certainly placed under the upper side, but still relatively high and open. So they can easily grab and without breaking the wrists. If the motor cut maneuvers rather high center of gravity request a minimum of vigilance but again, the exercise does not turn punishment especially as the Yamha has a very decent turning radius (5200 mm). This thoughtfulness towards the driver said after the 1300 cm3 initiated. Good four online Japanese, it shows mild and available at low rpm which makes the use of box 5 (catchy, as often with Yamaha) almost superfluous: the engine can afford to move in top gear low speed without hiccup. Almost a big scooter then, this neo-racer? Some details are still remember that not the lack of storage, the ABS conspicuously absent (fortunately axial callipers are not too biting) and especially the heat from the fins of big Japanese four legs. Still, to show off between two terraces, the XJR is much more conciliatory than it seems.

On the Domestic Road

Easy to grip, comfortable to the level of depreciation, well balanced, not tricky to decision brakes, the XJR is quite up to par for a leisurely walk. But his “Racer” suffix must not abuse people: this bike is not made to go fast; In any case, not on a road so slightly curvy or weight and inertia of the moving assembly are strongly felt about changing the angles. Because bracelets, she even shows more clumsy than the standard version, which itself can at least count on his great handlebar to provide good leverage. In short, we must not take it for what it seems (a superbike vintage) but for what it really is (a disguised basic big). Those who keep this principle in mind, take pleasure in wrapping. Those who forget and try to rub the sharpest crews will take the risk to introduced the bill at the first corner a little too narrow. 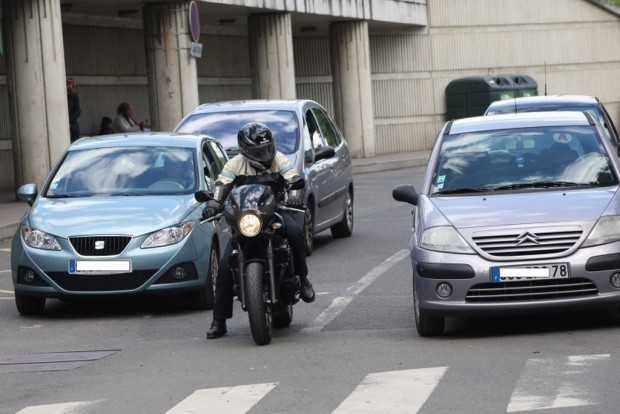 This minimalist carbon fork head is it worth something in protection? This is the question that inevitably arises when one details the XJR and bubble flush counters. Against all odds, the answer leans towards the positive. Obviously, the Yam absolutely can not compete with a GT road or trail, but the protection it offers is far superior to that provided by a roadster at the bust and headphones. And good, because on fast roads, the XJR is waiting to meet the riders pressed. Lengthens engine, directional stability, driving position: all have to get in “German motorway” mode. Finally, all but consumption and autonomy. Not particularly known for its sobriety, the engine of the XJR already engulfed his 7-8 liters of unleaded at a rate of senator. But when the right handle more requests, it is much worse: nearly 10 liters per hundred to hold a 190 meter. A liter more if flirting with 220. Not really gratifying, especially as the tank receives only 14.5 liters of gasoline. Fortunately the passage in reserve is relatively early, allowing at worst, to connect the next service station in relieving handle.

The saddle cultivates a single appearance, but it is only need an Allen key (supplied in the small tool kit) to remove it. We discover a rather minimalist passenger seat. This being assisted by the footrests top two we understand pretty quickly that roll out requires a great deal of sacrifice on the part of “sandbag”. Obviously, look requires, passengers handles are absent. In contrast, stows the hooks are there and, combined with the footrest supports, may well be used to secure a spider.

Carbon buttons (steering head, fender, rear seat), aluminum parts (side panels), clean welds, fine surface treatment, prestigious devices (combined Ohlin’s): in terms of perceived quality, the XJR sign a quasi without fault and rivals the Honda CB 1100 Bad Seeds sold nearly 2000 euros more expensive. In terms of details, we especially liked the handlebar half cut mass media and small stall in the fork head silhouette matching the brake master cylinders and clutch. However, we regret too minimalist fuel gauge to be accurate. Better worth counting the mileage that rely on it.
The Yamaha XJR 1300 Racer in Short Brief: 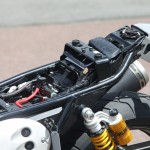 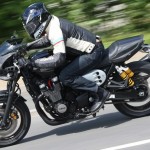 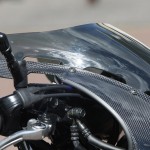 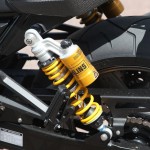 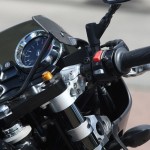 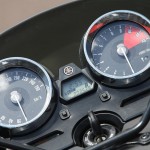 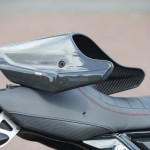 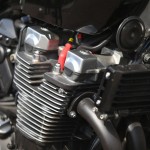