While we are talking about a new Royal Enfield model since early 2015 and that the mark filed the name “Himalaya”, a Reader site motor.vikatan.com seems to have surprised this new model during a test drive. 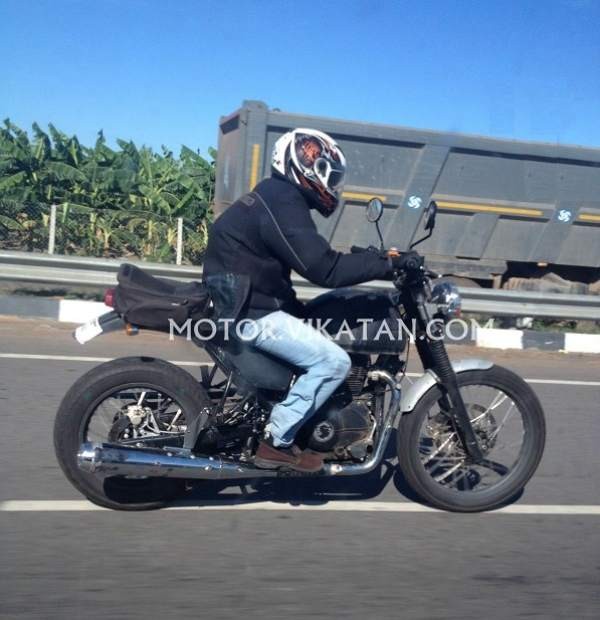 This new model seems not equipped of the usual 350cc or 500cc, it innovator so with a mono 410cc unpublished.

But most importantly, the Himalayas would seek adventure and would have the opportunity to ride on the tracks. Therefore, we note that for the first time a Royal Enfield is equipped with a rear Monoshock and the latter seems to have a serious deflection.

On the other hand, if the bike is intended to off-piste skiing, it is hoped that the manufacturer will review the position of the exhaust, the latter being particularly exposed in the event of a fall or shock.