The second stage of the France Superbike Championship, this weekend at Nogaro, has kept all its promises. In FSBK, 9 588 spectators almost twice as much as in 2014 we attended a superb driver Kawasaki Gregory Leblanc presentation. 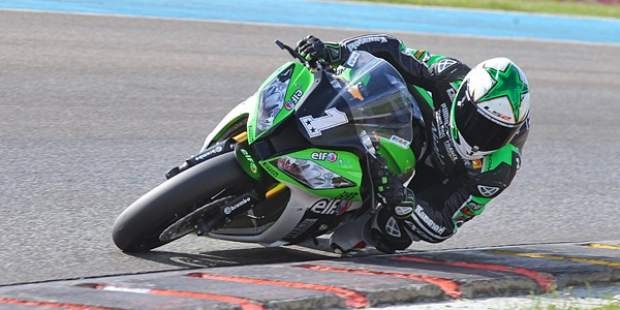 Nogaro on Gascon lands stands the 2nd stage of the France Superbike Championship. A few morning showers were quickly alleviated, allowing the track to dry by mid-morning, thus offering a show any more pleasant to many spectators came to settle around the circuit Paul Armagnac.
LEBLANC CONFIRMED

Despite a few drops of rain, the track is declared dry for the start of the first course Superbike of the Sunday on the circuit Paul Armagnac. Gregory Leblanc (Kawasaki) and Sébastien Gimbert (Honda) took an excellent start, unlike David Muscat (Ducati), literally stuck on the grid!
The first pass on the line, Leblanc and Nicolas Salchaud (Kawasaki) stand Romain Maître (Suzuki), Emeric Jonchiere (BMW) and George. More than 3 seconds separate the platoon of hunting of the two men’s head. Soon Muscat rejoined the platoon: the third round, it points 3rd, at 4,054 seconds of Leblanc.
The gap widens between leaders, now separated by more than a second and it’s time that chooses Muscat for his attack. At the start of the sixth round, it has more than two small seconds behind and became more and more insistent. Driving home, he is determined to catch up with Leblanc, left alone. At the entrance to the corner of the farm, Muscat is the blow on Salchaud, impotent face both of efficiency and risk taking.
Meanwhile, Gregg Black offers an exceptional rise to the public at Nogaro. 11th at the halfway point, the driver of the Team Suzuki LMS provides its effort on a more slippery track: three laps from the finish, he took the ascendancy over Muscat at the corner of the farm. On the line, Leblanc can blow, as he brilliantly won this first race ahead of Black and Muscat. 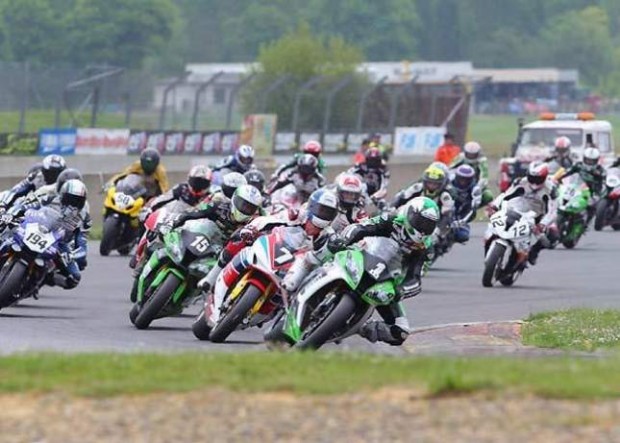 In Stock, Kenny Foray (Yamaha) and Emeric Jonchiere (BMW) engage in an intense fight. With eight laps to go, the pilot of the GMT94 seizes scratch fourth and will relinquish the most. Jonchiere retrograde in seventh position. Upon arrival drivers crossing the line in the following order: Foray, Baptiste Guittet (Suzuki) and Romain Maître (Suzuki).

For the second race of the Gers weekend, Gregg Black (Suzuki), strong attack of entry to take orders from the corner of the farm. But at the end of the first round, it is well Muscat, Gimbert and Leblanc who pass on the timing line.
Muscat literally dominates the race, with more than 8 seconds of advance on his dauphin in the fourth round. Behind the battle rages between Jonchiere, Leblanc, Gimbert and Salchaud. It will be the 9th round to see Leblanc back to 5 seconds of the Ducati rider. Little by little, the track temperature rises and the gap narrowed between the two men. Muscat, victim of his choice to ride in wet-weather tyres, tries in vain to resist.
LeBlanc then adds the best lap time! Three laps from the finish, the Kawasaki SRC driver has more than 2 seconds behind. In the last round Leblanc and Muscat are elbow to elbow at the end of the straight line of the Aerodrome. LeBlanc enters the curve at the top and is granted the final victory!
Gabriel Pons (Kawasaki), author of a daring overtaking in the right end of the Aerodrome, wins the third place victory Stock. Emeric Jonchiere (BMW) also stands in seizing second place in the category, followed on the podium of Steven Chougule (Yamaha) complements the podium.
In the provisional standings, Gregg Black grabs first place with 59 points, followed by the pilot Stock Kenny Foray (56 points) and Grégory Leblanc that the weekend was over that prolific with 53 points taken out of 54 possible.