The Harley Davidson Sportster is one of the unavoidable models of the kingdom custom. And the Harley-Davidson Iron 883 one of the biggest sales the American manufacturer, the arrival of the ABS for 2014 should not hinder its commercial success, quite the contrary. But an unexpected competitor could come he put sticks in the rims: the Yamaha XV950R. 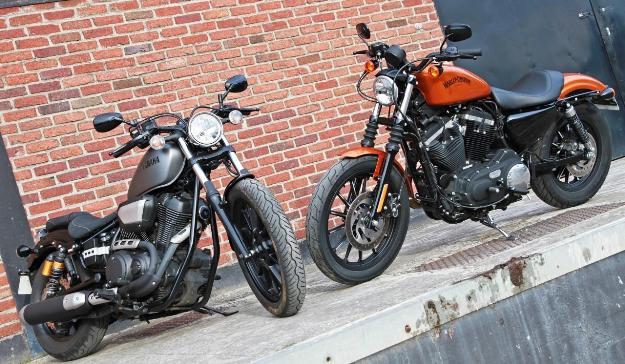 On the motorcycle market, there are models that have value of meter standard. And in the world of custom, Harley Davidson is the essential reference. However, the lines move, and as Victory or Indian manufacturers offer real alternatives ‘ born in the USA’. On the side of the Japanese manufacturers, the Star range has certain happiness in the land of Uncle Sam.

So can you do wobble Motor Company on its bases? This is what Yamaha intends to make in many markets with its new Yamaha XV950R, a light cruiser, a sport strand. We have therefore opposed the novelty Japanese to Harley Davidson Iron 883 inheriting of ABS braking in 2014. 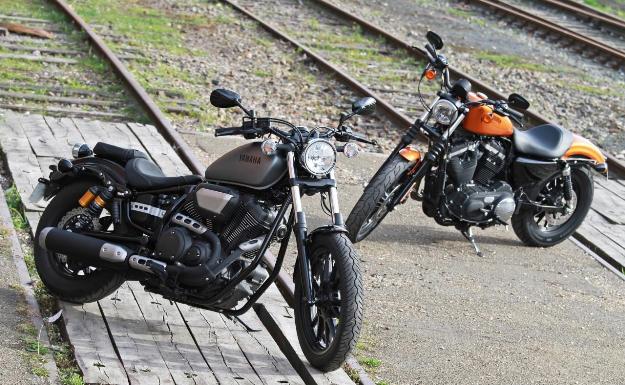 So close, so different

Inevitably, we wanted to ask the two motorcycles side by side. And this confrontation visual is made directly on the parking of Harley Davidson France. The staff of the American manufacturer is interested in the idea of See the Yamaha XV950R in true. And finally, if the general look the approaches, these two motorcycles are really different.

Harley Davidson Iron 883 remains very classical, except the visual and technical modifications of vintage 2014, which adopts the multiplexing and ABS. They find therefore the irremovable lines of Sportster, with a remarkable delicacy which entices the female race so much. Just look at the shape of the frame double cradle steel for account of the General closeness: the tubes are touch wider than the engine. For the rest, it is entitled to a mixture of steel (a lot), chrome, retro touches and paint Amber Whiskey deep enough.

Meanwhile, the Yamaha XV950R presents a different General look, with a front above and lower seat. The line, as accessories, suggests more modern and more sportiness to the image of the exhaust line 2-in-1 Treaty matte, suspensions rear separate cylinder. It should be noted that Yamaha did not for once resume the usual aesthetic codes of Japanese customs. While they are often behind the currents initiated by Harley Davidson, the Yamaha XV950 has its own identity. And, by far, the misunderstanding is possible, almost, if any more the case.

After a moment of friendly chat, it’s time to start the engines. And once more, the Harley Davidson kinematics imposes: the Starter action shook the twin fins, vibrations spread to the whole bike space an instant and, although suppressed by European standards, the sound remains typed. On the Yamaha, startup is nothing special: has a combustion engine as exists in all constructors, that’s all.

We must therefore take the road to search for differences, ergonomic first of all. More ends, the Harley Davidson Iron 883 is also slightly more top of saddle (735 mm versus 690 mm). More heavy 5 kilos just, it still remains very agile in city. Its gearbox done more agricultural but the selection won smoothly at the whim of the rise in engine temperature. Mention well to big and eventually adapted to almost all hands levers. A point copied by Yamaha.

At the grip, the Yamaha XV950R is more modern, it is certain. There is more body with this Bolt, and it is beautiful and much surprised by the General height of the nose wheel, fork seeming longer. Surprisingly, the ergonomics of the Yamaha is fairer, and all templates will find their account. The commands are sweeter, the selection more accurate and seems faster in the absence of tachometer (it loses less regime between each report); the turning radius is more easily exploitable.

Undoubtedly, the Yamaha XV950R is easier also to take in hand as a guide in traffic, would it by a mechanical softness that allows to easily adjusting his conduct with the sandstone of the rotations of the accelerator. On the Harley Davidson Iron 883, the rotation of the accelerator further impact behavior, with greater inertia. But at least it’s alive.

The Bolt short faster the 100 meters

Power cruisers aside, the concept of performance has no – or little – right to quote in the custom world. For example, our two bikes catch a good 170 km/h actual at bottom of five: a free Yamaha R1, which takes however long series, is almost better in second! However, the Yamaha XV950R glues still wind H – D on the boulevards.

Departure stops, times at 60 and 80 km/h, accelerations on motorway: there is no photo. Certainly, a Harley Davidson Iron 883 totally stock is quite muffled, which is detrimental to its vitality. But the Yamaha, equally stock, forget every confrontation. This is not fatal at the time of the selection, but there where the Yamaha flush with security on a rotation of the wrist, the H – D application precautions. This difference is explained mainly by a more horsepower motor, especially at low speed, before 4000 rpm.

Remains the notion of character-driven, which is more subjective. And it is true that between ubiquitous vibration, sound which varies significantly depending on the diet, the present super rattling when the motor or the brakes cool, the Harley Davidson proves more lively. At his handlebars, there are more things.

Yamaha XV950R shows more muffled more classic in its way to accelerate. It rises faster in regime, significantly more grows stronger in the back, but without particular chrism. Fans of sensations will hasten to dope the exhaust and air filter, history all that breathes for fun worksheets

Side behavior, we also note some differences. The holding race online and in curve is better on the Yamaha, which seems never pretended. With a train before more accurate, the Yamaha XV950R, she is suffering from a ground clearance lower than that of the Harley-Davidson. A filled in the light of the spirit more athlete of the Yamaha. Agility is also better on the Yamaha which gives more desire to play on the small roads.

Braking, side our two bikes are equipped with ABS. This sacrosanct ABS will help limit the escapes of the front tire on the leaves. However, this assistance is not fine on one as on the other, with a trigger enough little progressive. This is not an unforgivable flaw: you have an ABS of hyper sport on these bikes. It is already shown on the data sheet. Side comfort, shock absorbers are a little dry, but the soft fork or the absence of vibrations on the Yamaha grants more rest aboard her. 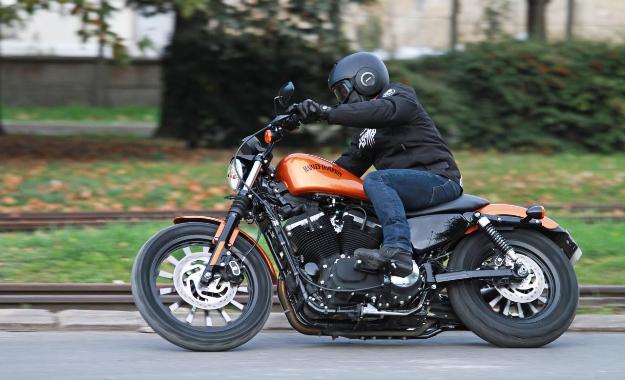 Review: Glorious past against future building

The image that vehicle a custom remains an important element in the perception of this type of motorcycle. It is sufficient that Harley-Davidson is inscribed on the tank for that everyone installs the eyes above. The Motor Company knows very well: she enjoys capital sympathy outside standard.

In version ABS, Harley-Davidson Iron 883, ABS costs therefore €9190 off color options. Thus, it is less expensive than the Yamaha XV950R sold €9499. At this price, the Harley is almost better equipped with its alarm, its transponder case, an indicator of report committed to help beginners on a motorcycle. However, it will go through the catalog Parts Accessories to take a passenger.

To mark minds, the Japanese would be less expensive. Especially because she has a real dynamic qualities and, better, it constitutes a basis entirely credible for a transform, which may, once finished, be more original than a Harley Davidson Iron 883 fitted with accessories have become common. 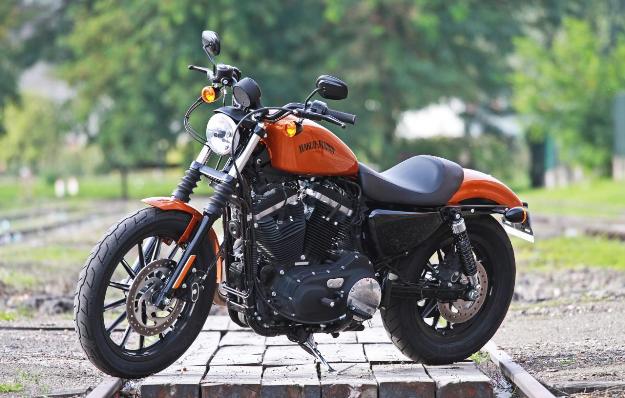 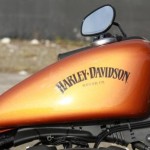 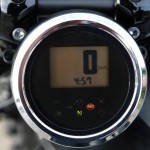 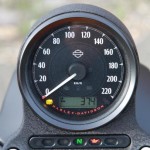 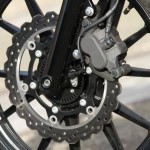 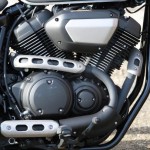 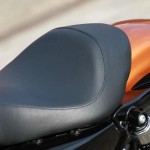 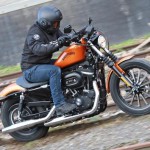 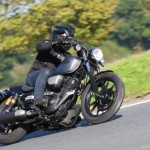