The introduction of the electric motorbike in Spain and in Europe in particular being slower than expectations. If not to say to Volta Motorbikes Corp that developed the electric naked Volta BCN from 2011 and it was not until 2015 when production have been able to organize and put in order. 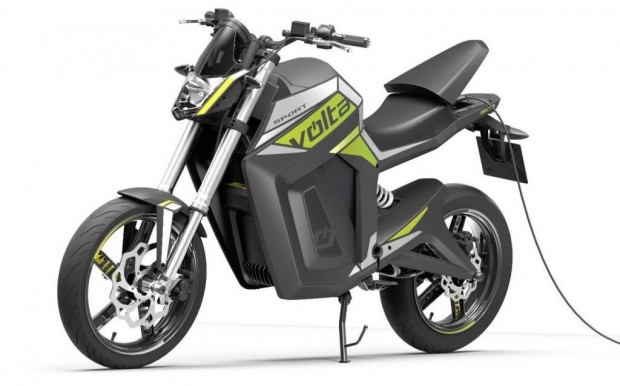 Its models with its known variants Volta BCN City and BCN Sport Volta more a third called Volta BCN Track arise in the international automobile Salon of Barcelona on 9-17 May. You will reach dealerships in the third quarter of 2015 however, since June with a price to be determined.

The truth is that your proposal has not changed much in this time. Remain available variants Sport and City changes only in the aesthetic and joins a new version Track with tire competition and elimination of elements such as the optical group or tuition. Continue to enjoy an electric motor with a peak power of 25 Kw or 34 HP of power, although the linear power is of 15 Horsepower. It is therefore suitable for the A1/B homologation with 125 cc bike features. Indeed the maximum speed is 120 km/h in any case, hence its more urban. That Yes, 67 Nm instant torque make it formidable at the traffic lights.

The lithium battery which is equipped with has 3 Kwh of capacity, enough to ensure a range of up to 70 kilometers. He opted for this reduced autonomy that basically restricts it to the city to reduce the charging time to two hours in a conventional plug.

The manufacturer estimated that the useful life of the battery is around 2,000 top-up and by then its capacity will be 80% over the original. As regards the part cycle 285 disc brakes and 220 mm respectively are the most interesting aspect, although its total weight of 135 kg dry also ensures a sound and reasonable dexterity with agility. 805 mm seat height complete this section. Also should be noted the space for a helmet integrated that hides where usually is placed the deposit in the conventional bikes, there is also an outlet in which USB for charging devices such as Smartphone. 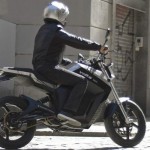 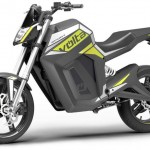 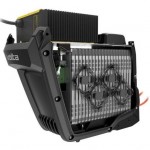 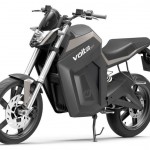 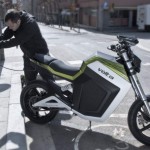 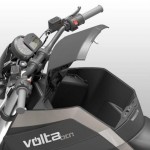 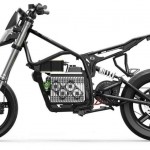 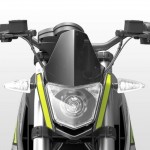 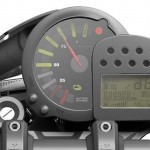 Given its restricted use by their autonomy only the competition of electric bikes more low weight may give a chance to a bike that on the other hand looks good in what it proposes.