For many years, the Suzuki RM 85 cm3 of Cross are somewhat shunned by Japanese manufacturers. Suddenly, it’s a real orange tide that is sweeping across the category. Aware of this, the Jet Racing team has focused on the issue by seeking to upgrade a Suzuki RM 85. The project became reality, since the Suzuki RM 85 Jet Racing Suzuki is now tested on bikesdoctor.com, with the help of a young guest: Tom Guyon. 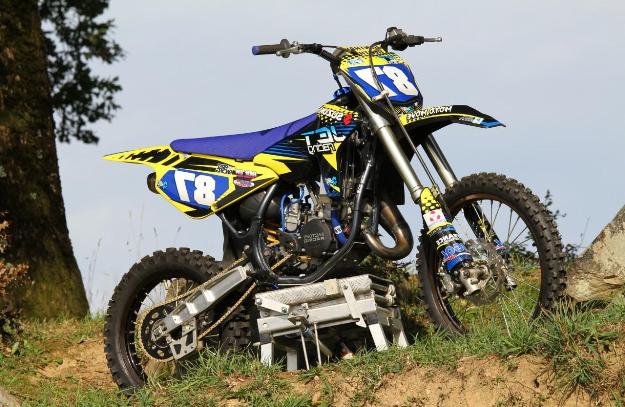 We agree with the Jet Racing team on the Longechaud circuit (23). This team of passionate engaged in the Championship of France it, that we follow for two seasons now, has decided to embark on the adventure of development! Tired of waiting that Japanese manufacturers are seriously addressing the category, Jet Racing decided simply to take the lead in addressing the case of the Suzuki RM 85. After a year of intense work, the little Suzuki Jet Racing is ahead!

No need to be an expert to realize at first sight that the team Jet Racing has truly dusted the Suzuki RM 85 The line modern and aggressive, more great thing to see with the original model. And then parts racing jump quickly to the eyes! 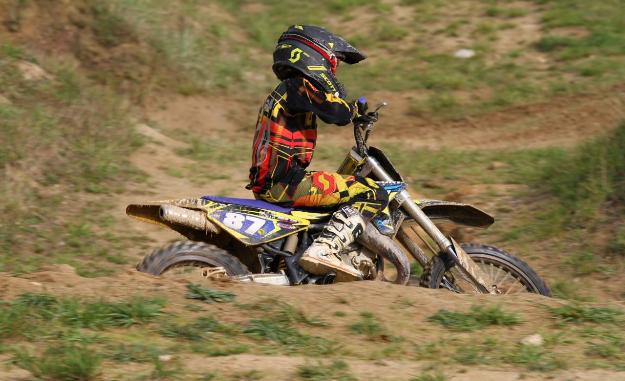 Tom Guyon does not deceive. It notes that the engine of the bike is well highlighted. And for good reason, we find blue cooling hoses, a Reed box V-Force 3, a special cylinder head, a Bayesian ignition sump and a full exhaust system VHE. Side part cycle, it is especially the swinging arm, which attracts the attention of Tom. This original model changed, with the addition of blades billet, throws a max!

We can add to this Bud Racing rim, tees carved in the mass but also the radiator high volume. Last detail that tape to the eye of our young champion: deco kit dirt box Graphics. No doubt, Jet Racing has not done things halfway, and it is not every day that one crosses a motorcycle. 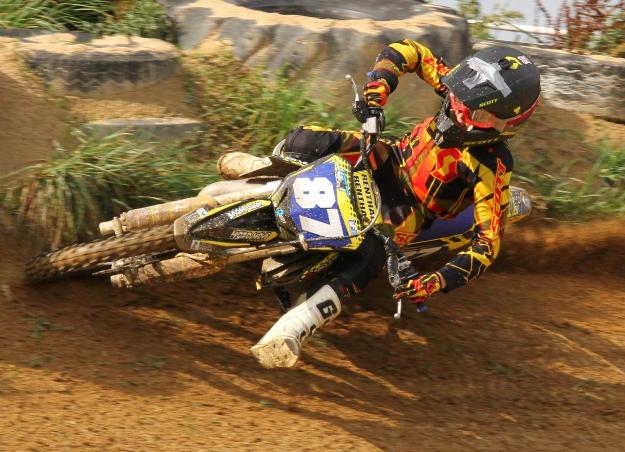 Place the test! For the occasion, I leave the handlebar to Tom Guyon, which out just by his Minivert season riding a Cobra 65 and roll since little time on a KTM 85 SX. The workability of the Suzuki RM 85 Jet Racing Suzuki will be quickly put forward but also its comfort and the serenity of the chassis.

Tom expected to be a bit shaken it will ultimately nothing. No bars shake effective suspensions albeit soft bristled end of compression Tom tended to hound in jump landing. The brakes are powerful and progressive shown fault them.

Well OK I did not long resisted the urge to take a ride on the handlebars of this little bomb … It is above all the liveliness of the frame and the accuracy of the front that impressed me. The flat seat saddle foreshadowed an ease of movement back and forth, but probably a little heavy for this bike, I sank too and then be able to move in my own way. Side suspensions, even if it is obviously too soft for me, all is balanced.

Although it is brand new in this category, the adaptation to the displacement doesn’t seem to be concerns when seen put gas on the circuit… Very quickly uncomfortable on the bike, the young champion will quickly appreciate the power of the engine of the RM Jet Racing, addressing jumps without apprehension and freeing himself in his cockpit.

It is especially the extension of the mill of the RM that will delight Tom; the ability to push reports for a long time here is a definite advantage for him. Only downside, the Suzuki RM 85 has a small hollow at low revs. Both say that Jet Racing team working on the question about two minutes after the end of the trial… It therefore lacks a little something that would allow Tom not to revive the mill to the clutch. Otherwise it’s all good, both accessible and efficient, our champion Minivert enjoyed the performance of the engine.

For my part, the revival to the clutch was almost inevitable at every exit of turn and it is true that the hollow is felt well. But by consistently falling the first, this is already much better. Reference the last KTM 85 SX; it is true that the Austrian block seems a bit beefier bottom. But then the yellow takes over the top. As soon as one hangs the substantial, effect Kiss Cool is there, the power is releases and mill ends more to take the tours. It’s good a small 2-stroke! 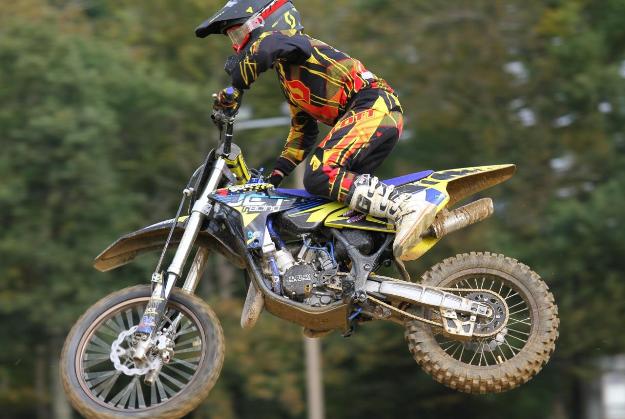 When you are told the test of a Cross bike which is almost in the prototype stage, the result is not always that it was hoped… Well, I must say that the Jet Racing team did good job on this Suzuki RM 85!

Healthy, manageable, balanced and equipped with a powerful engine, the base is excellent! Only of small developed will still be required side suspensions and low revs, but it is still not far from the account for the first release of the Suzuki RM 85 Jet Racing. But this bike, what will it be used are you going to ask me? Well Jet Racing team committed two years in it 65 re-up season next with a new objective: it 85. 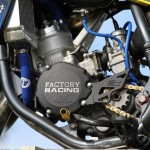 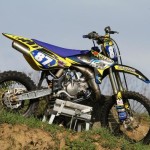