Thanks to the Garage concept, it is possible to transform a Moto Guzzi V7 II with a wide range of official accessories. What evolve the Mandello retro neo to another universe, new cockpit atmosphere to the key. We could try the Classic Scrambler version: a beautiful motorcycle, attractive and pleasant… but which retains the boundaries of the V7 line. 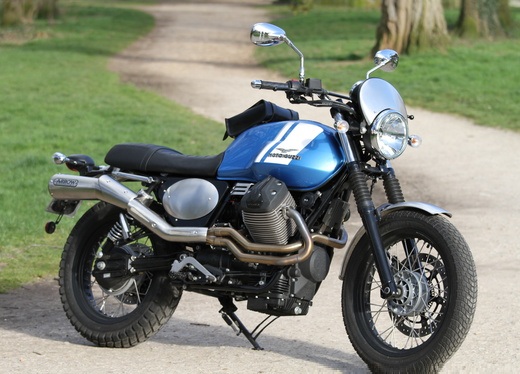 Flirting for a long time with the vintage, Moto Guzzi has made a fairly radical shift in 2008, with the revival of the V7. No doubt on it: its heritage, the Italian firm was clearly legitimate for retro neo. And we were not late to attend the arrival of many variations of the small Italian roadster.

In October 2014, Moto Guzzi called us to test the V7 II, latest evolution of its neo-retro. Still available in three versions Stone, Special and Racer it also and this is new for 2015 – be transformed at will through the Moto Guzzi dealer program that lets you control various accessories and to sail the V7 to new shores

The Scrambler to Mandello Sauce

And here we are face to face with a V7 II Special turned into a scrambler by the workshop of the press service of Moto Guzzi France. It must be recognized that the concept is smart, on garagemotoguzzi.com, you can order the parts you want and make you a motorcycle to the map, both in terms of look and prices.

You will then have the choice between Mount you even your accessories or do a dealer without cancellation of the warranty. Imagine same trade negotiation at the time of purchase will be able to turn around this subject. 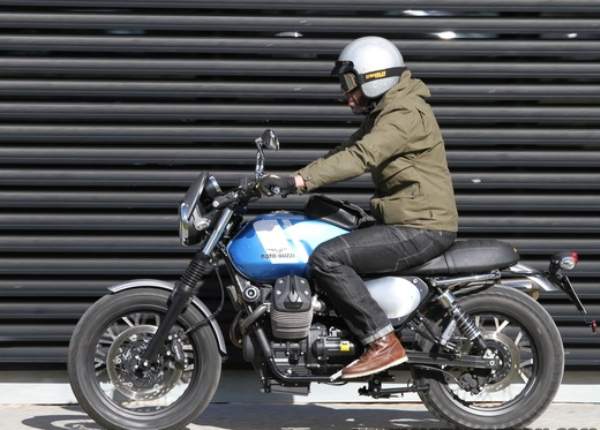 Look, the operation is quite successful, with a really different line than the V7 II Special of origin. Certainly, if the materials are of good quality, with including stainless steel mudguards, all is still well reminiscent to the processing House.

Evidenced by the exhaust line that prohibits access to the rear footrest deck… which is loose during our test. So it took to remove the muffler and a part of the collector to tighten the screw said Platinum. The kind of detail to take into account, but the Visual effect is present.

Start a Moto Guzzi is always a time to share. The years pass, the kinematics remains, with a blip accompanied by the waddle typical duV-twin Cross. It is always its effect among the neophytes, and the regulars will not be lost. The sound of the Arrow exhaust, which is specially designed for the V7, brings slightly more at idle and low rpm, but remains hushed, approval requires.

With a seat 790 mm from the ground and a beautiful narrowness, it installs easily in the saddle: from 1.70 m, asked one foot flat on the ground. Although sufficient in common use. Furthermore, advanced in the framework engine facilitates life of the greatest: pictures, Mehdi was able to squeeze in without difficulty his meter 83 on the Scrambler. 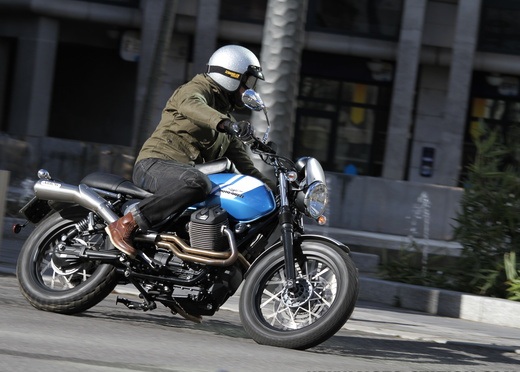 Overall easy grip requires nevertheless to some typical aspects of the brand: couple of reversal, important travel of the selector, quite slow and rather harsh gearbox, command strong clutch… A Moto Guzzi will not tame as the first Japanese come! A motorcycle’s character.

A Guzzi Same A2, Learned

Because we have to distinguish defects and character. In the case of the V7 Scrambler, sound apart, singular acceleration, the stable part-cycle and the safe holding of cap are clearly to be placed in the second category. More importantly, this generation ‘II’ adds an ABS not disconnectable largely sufficient in terms of performance and accreditation.

To the limit, can be found a little early at the back but, triggering its discharge, tire spikes rarely promote adhesion, especially on wet pavement. So far, the Golden Tire in house were well enough on dry, with an unexpected escalation to placing on the corner. 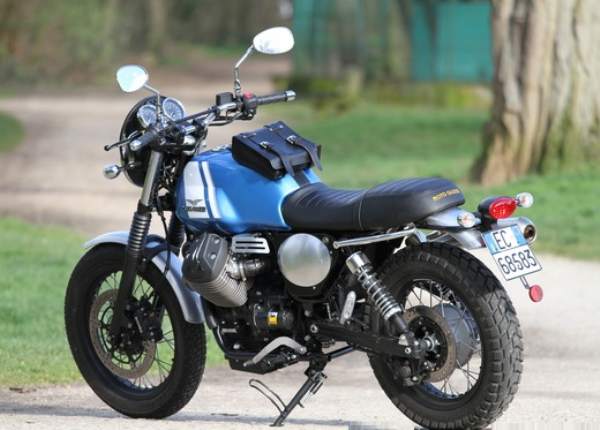 In the hollow paths, a traction and flexibility are at the rendezvous. By the way, to frolic in the pebbles, better disconnect the traction control. Rather basic – which is understandable with 48 horses to curb – it shows rather intrusive. As soon as the rear wheel starts to slip, a little pleasant ignition cutout is felt. A wonder if his presence is not a bit unnecessary on this bike.

Versatility is certainly part of the strengths of the Moto Guzzi V7 II Scrambler. Everyday use in town, transferred Sunday on road walks in paths: it folds right through each use. It takes pleasure mile after mile, grace this scrambler see V7 inimitable flavor and substantial comfort solo as a duo, with a well-padded seat and effective suspensions.

Italian twin, however, is not as flexible as hoped, and should knit the selector for ester above 3 000 rpm. Otherwise he proves to be indolent and willingly shows his disapproval. On the other hand, we appreciate the motor brake worthy of this name and the singular character to the acceleration. 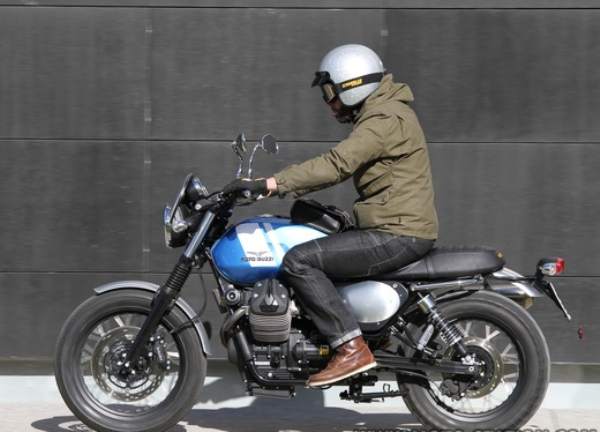 The new box six brings a plus on long routes and relieves the engine by lowering its regime. Accelerations and times, they remain resolutely retro: better not cross swords with average displacements modern car has small Guzzi steam quickly. It is finally more close to a Harley-Davidson Iron to a Ducati Scrambler.

A Moto Guzzi, whatever it is, it is tame: so much the better for lovers of motorcycles of character! Simply start and accelerate to understand. And the V7, in particular, offers sufficient performance as we say in Rolls Royce: do mean that chronos hunters can go elsewhere.

The Moto Guzzi V7 II was able to remain authentic and alive to the conduct, with an atmosphere of pilotage particularly marked in this version Scrambler. Rest that our test model is charged €12 216, €8 899 for the V7 II Special “database” to which are added €3 317 parts. A purely emotional tariff, it is possible to lower by the impasse on superfluous accessories. 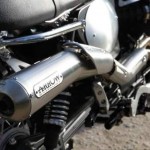 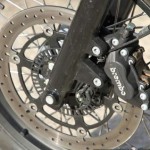 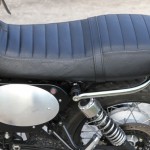 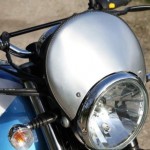 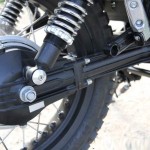 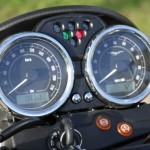 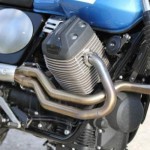 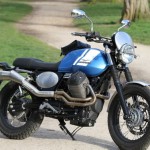