Yamaha made line 50 cc for 2014. Point new model or recast as last year with the Aerox and Aerox R, young and old can count the next year to the appearance of new colors on the iconic adventurer Yamaha Bw’s and Yamaha Neo’s models / Neo’s most versatile 4.

The range of scooters 50cc Yamaha like MBK productions, is of the largest. All styles are represented, young or less within their account among plethora of models in the manufacture made in France always neat. In 2014, new colors appear in the range, on the emblematic 50 cm3 three tuning forks first, Yamaha Bw’s. To enhance her look of adventurer sport, recognizable by its massive tires, Yamaha Bw’s 2014 comes in red (Anodized Red), white (Absolute White) and black (Black Power).

Other models benefit from new shades, the Yamaha Neo’s and Yamaha Neo’s 4. Urban motor 2 time or 4 times, and UBS braking optional on the 4t model, are sprayed Brown (Moccasin Brown), black (Midnight Black) or white (Competition Black) in the 2014 version. A bikesdoctor.com, our preference goes to the very distinguished Moccasin color. 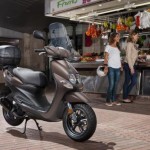 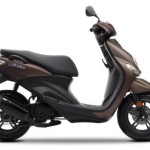 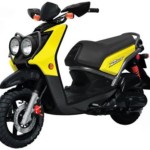 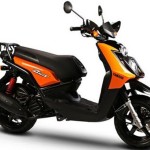 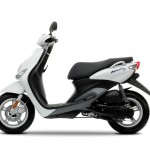 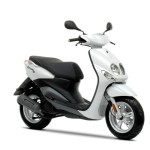