Surfing on the movement of European Yamaha custom offers two variants of its XJR 1300 stainless 2015. In standard configuration, the XJR 1300 reminds big roadsters of the 1980s, key neo retro key. In version Racer, it adopts the look very bad boy of the grand’s boulevards. Find the good taste of the simple things. 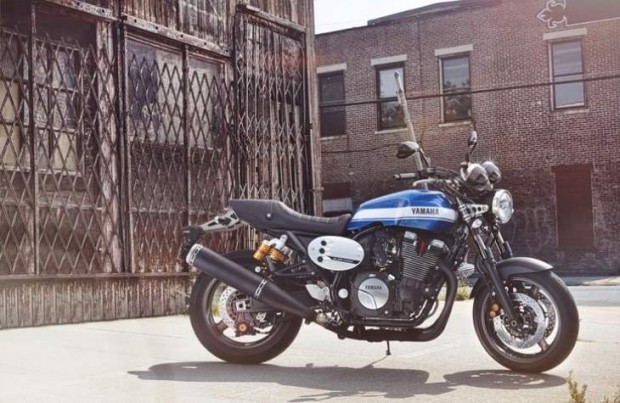 While big trails or sports see their performance, their technology and their prices soar, classic bikes make a comeback. If some see one epiphenomenon, for others it is a sustainable trend.
And taking into account changes in mentalities, road repression and failover of the practice of the bike to use purely leisure, the second hypothesis may well prove to be just.
Yamaha is not the kind to look at emerging trend idly, manufacturer of Iwata lunges for 2015 of a XJR 1300 revisited and the dual to the passage of an exclusive version Racer.

Yamaha XJR appeared in 1995, it cu-bait then 1200 cm3 and borrowed an engine derived from the FJ 1200, himself descendant of 4-cylinder of the XS 1100. On which Yamaha based speech marketing surrounding the XJR 2015.
In the years 90/2000 XJR 1300 passed for a large bourgeois, almost statutory roadster with its sparkling chrome. Sometimes, a touch of sportiness would switch in the universe of the race (XJR Cup) in the memory of the Superbike of the 1980s.
By 2015, the XJR 1300 adopts a look trendy, inspired by the creations of independent preparers as RSD or Deus Ex Machina also at the origin of the Racer. Before any cosmetics small lighthouse, wide handlebars, affine tank, side plate’s aluminium evolution is also – somewhat – technical: fork treated anti friction shock absorbers Ohlin’s, a reviewed exhaust.  The best beautiful effect. 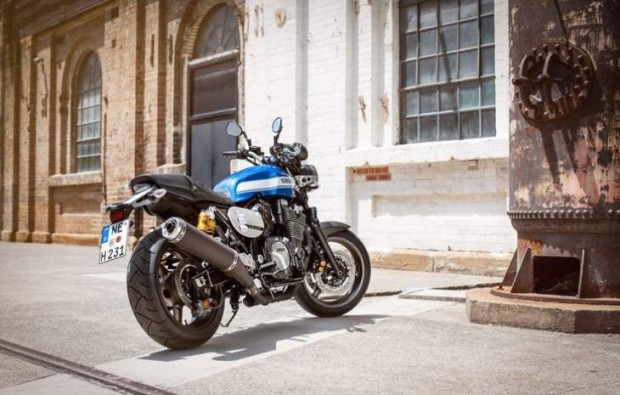 The Racer version which can be found from the air of XS1100S treats even more details, with a fork head and a shell of carbon, beautifully crafted bracelets and an Akrapovic silencer homologated, but as an option unfortunately.
The charm of the big 4 legs in air
Move our two motor bikes cut takes a little biceps: count 240 kg all full facts for the XJR 1300 and the Racer a little more. Also, we have only one desire to crack this big 4 legs.
Startup suggests its full, hushed, and truly melodious sound with the exhaust Akrapovic on our trial Racer. The atmosphere of flight takes back us in the 1980s. With a displacement of 1 251 cm3, this repeatedly redesigned engine still exudes charm.
From the first meters, we rediscover the smoothness of the big air-cooled 4-cylinder. Stuffed torque, the XJR engine takes off at 1 000 rpm, just on release it clutch… Sensations forgotten on modern, lacking inertia motors and which are actually only from 3500 RPM. 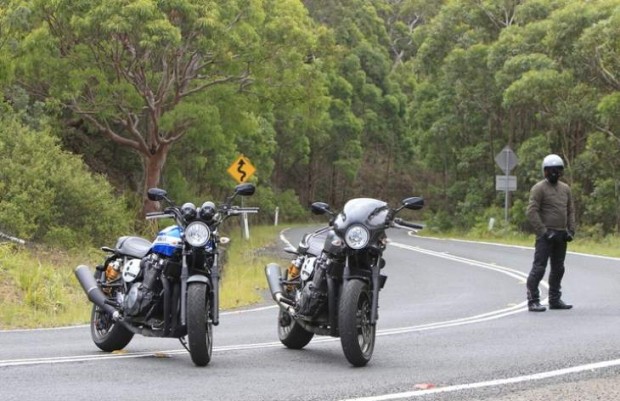 A Racer for large

Without reaching that of the Honda CB1100, this flexibility is helpful in terms of getting started. The selection is satisfactory and all controls are sweet, the hydraulic clutch closed showing just what he needed.
The ergonomics of XJR 1300 is very relaxed with his wide Taper Bar handlebar to the opulent appearance. The affine tank of 15 liters instead of 21 on the previous generations spreads much thighs.
Riding the Racer, the environment is much sportier, with the upper body tilted forward to grab the bracelets. Taking into account the length of the tank, less than 1.70 m will be forced to lie down on the bike, which is moderately pleasant in the city. Great feel more at ease. 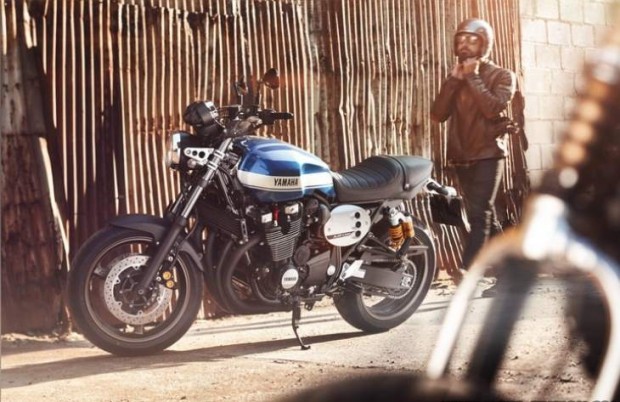 For the rest, comfort is excellent, with a soft saddle well seconded by the amortization of the Öhlins suspension. Thanks to the natural balance and good turning radius, our two XJR are respectable urban, relatively well erasing their weight.

On the road, after heating the youngest all Dunlop Sportmax D252, charm always operates if it is no longer. The trunk down and substantial 10.84 daN.m to 6 000 rpm only and the elastic side of engine invite to a curved line.
From 50 km/h, you can wrap in fifth without feeling the need to downgrade and raises are sweet and deliciously muscular. The lyrical flights of the Racer Akrapovic exhaust also add to the charm while his bracelets let some vibrations.
Overall, the engine distills an excellent approval and more thrills than the CB 1100. The XJR engine does finally make weapons to high plans, beyond 7 500 tr/min. Yamaha has wanted to meet standards, limit consumption and stick to the limit of 100 horses. 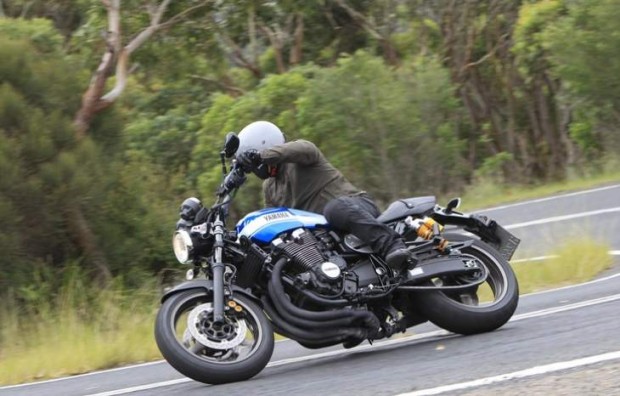 The behavior of the part-cycle also invites peaceful conduct. Healthy, with a holding of cap and curve stability preserved two variants of the XJR Digest curves without difficulty. They remain rather neutral in all circumstances: inclination regular, insensitive to the braking on the corner.
On the other hand, to attack, they cannot hide their weight and their inertia. What could be more normal after all given their time of conception? The movement of the rear axle on the rapid changes of angle even participates in the piloting vintage charm. There is life in the engine as in the frame. 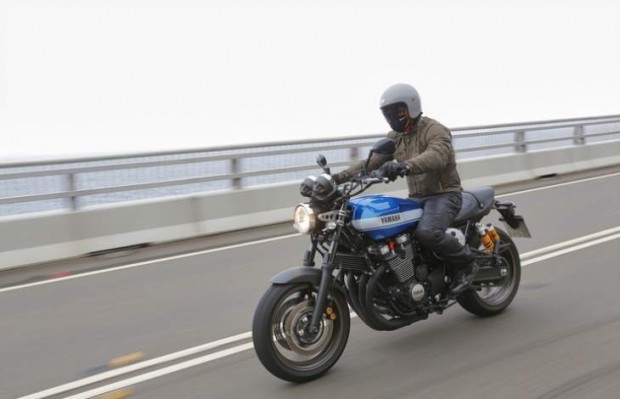 Convolution to Review at : The look, the charm, the approval two price

Given their design and their positioning, what can you blame these two Yamaha XJR 1300 2015? Not much in the end: the absence of even optional ABS, ergonomics designed for large and some vibrations on the Racer and a series recessed mounts, and even exceeded.
We will retain especially the makeover successful, impeccable finish, outstanding engine licensing and preserved ride comfort. Sold €10 999 for the XJR and €11 999 for the Racer, these two Yamaha’s Sport Heritage range count seduce fans of classic motorcycles. A target at both full-back and growing.

The test image of Yamaha XJR 1300 and Racer 80s Exclusive Version is here in gallery bellow. 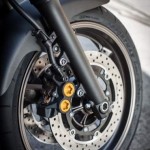 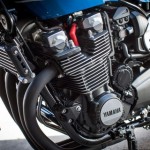 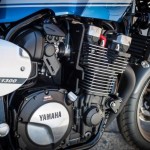 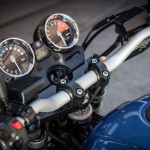 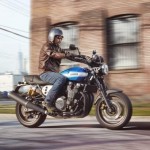 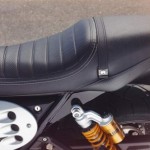 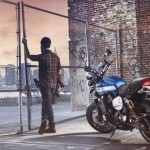 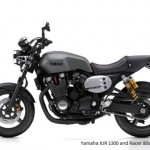 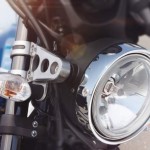 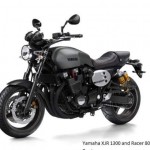 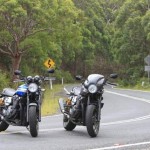 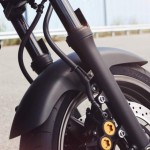 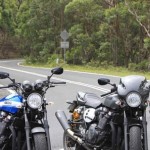