Back in 1980 Suzuki revolutionized the market of the bike with the arrival of the Suzuki Katana, a high-performance model that has attracted over the years love and hate by its unique design. Icon has wanted to rescue the best model with the Icon 1000 New Jack, a Suzuki Katana updated with interesting details. 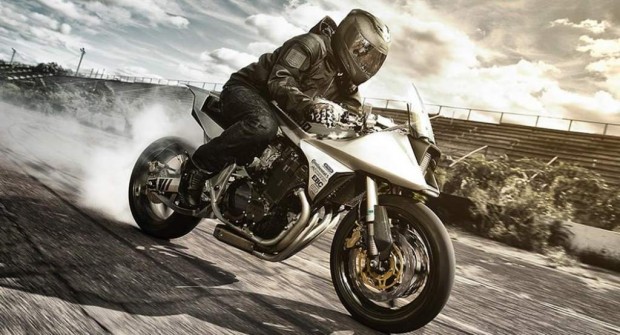 The semicarenada respects its rectangular headlight and front dome to remain recognizable, even if it wins a tail to the Superbike competition that feel you the sea of good. Also replaced the original engine with a new one a Suzuki Bandit of 1,255 cc, ensuring that the chassis remain as compact as possible. In addition to this increase in power have changed the suspensions by other sport motorcycle look at the rear suspension with accents in aquamarine, installed more powerful brakes with calipers Nissan and changed the exhaust system to a more current. 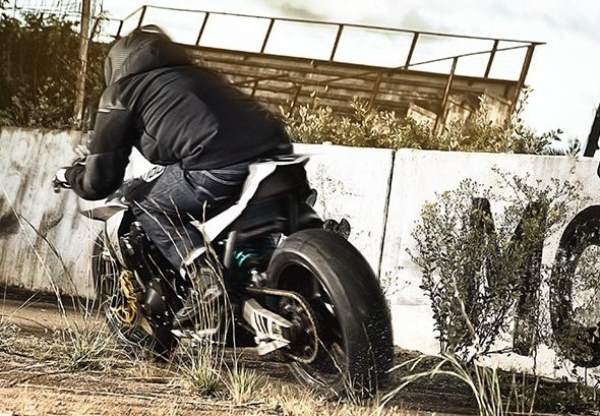 The most significant change we see is the use of the engine of a Suzuki Bandit 1200. It is still a mixed cooling motor air oil (SACS), but with one much higher performance. In addition have doubled you the radiator, with another at the site that originally occupied the lighthouse and who now happens to be just below, made with a strip of LED. 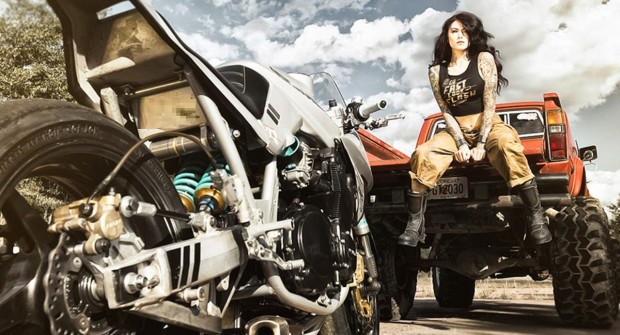 To get the frame to hold the new power and efforts to which he is subjected with the new forks, brakes and double back amotoriguador; It has been reinforced by two triangular steel plates that we can see right in front of the footrests, giving more rigidity to the point of union with the swingarm which is also new Bill and a lower reinforcement.

It maintains the main lines of the original design except for the tail, cut and turned into single-seater. Seat is reminiscent of the original, with a gifted and generous padding now a cross stitched. Deposit with double takes and details in blue-green at several points, as well as a short 4-1 exhaust complete design that, this time, I like how is. 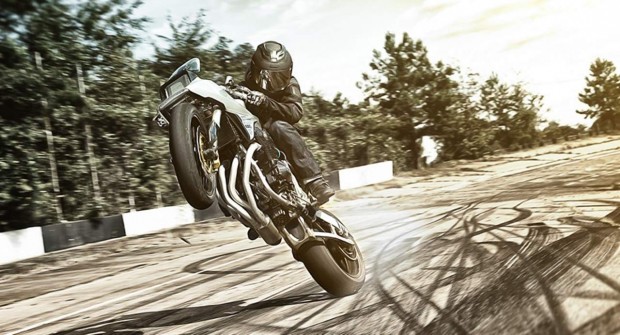 The result certainly home more with today’s standards day without losing some retro flavor, by what can be considered as a positive contribution and one nice tribute over 30 years later. 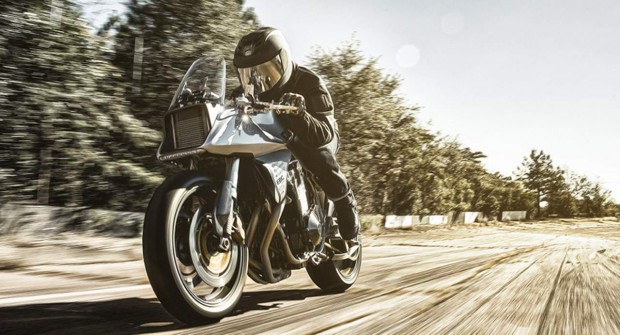 Together with the ICON 1000 Old Ghost that Portland mark modified a Kawasaki GPZ900R and that I had not personally like, today we bring you another preparation that have taken as a basis also a mythical motorcycle as the Suzuki GSX 1100 is S for Katana, after giving a new look and name it ICON 1000 New Jack.