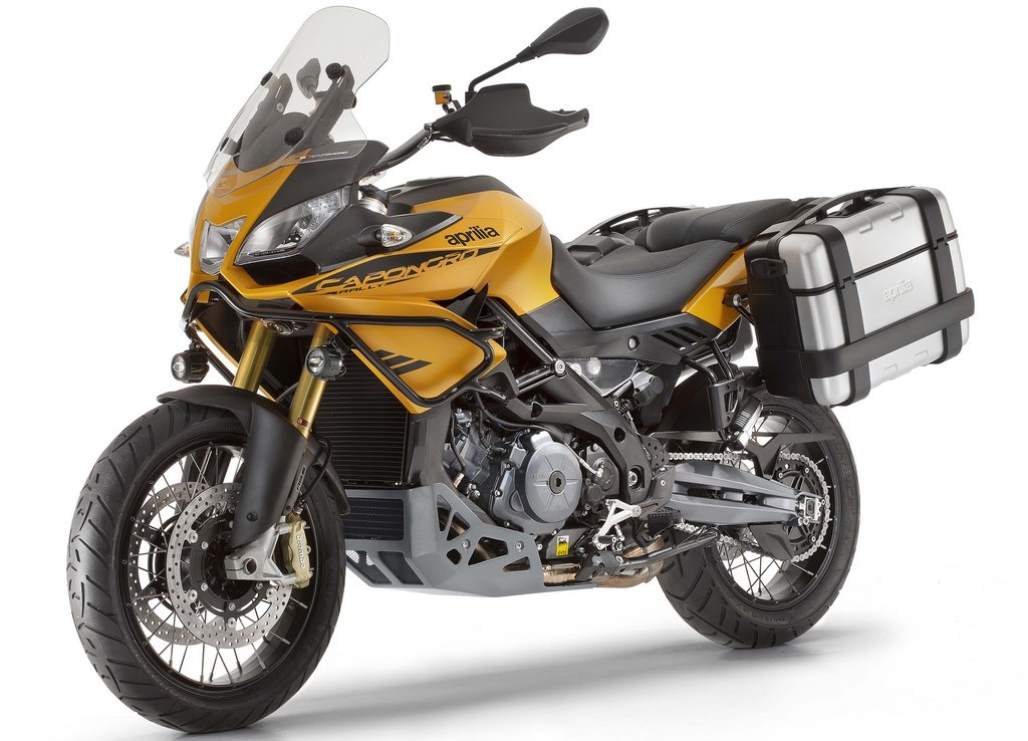 It was the Piaggio Group which opened fire in the face of the Intermot Cologne 2014 Hall with the announcement of the Aprilia Caponord 1200 Rally 2015, the more adventurous version of his trail. It is now available for 16,699 euros.

The Aprilia Caponord 1200 Rally introduces the usual improvements of this type of versions. Namely Caponord:

These details come to complete a model already by itself enjoys a powerful 1,200 cc V-Twin engine, 128 HP at 8,500 rpm and 115 Nm of torque at 5,600 rpm. It is also equipped with ride-by-wire, three maps of power, traction control, cruise control brakes ABS detachable. Although the system House brand we ADD semi-active suspension that monitors the State of the road using an algorithm to suit hangers in real time.

After making evolve its Caponord 1200 in 2014, Aprilia has now of a good weapon to come on the ground of the BMW R1200 GS. With its audience and its Adaptive suspensions which are definitely the best maxi trail in the long course, it makes sense to see a Rally version for 2015, pendant of the Adventure at BMW.

This Caponord Rally features a front wheel in 19-inch radiated rims, a motor shoe, side guards of the fairing, a new more protective windshield and additional lighting to Leds, without forgetting the essential rigid side panniers with their aluminium cover.

No change to the level of the high-performance V-twin that we know, with its Adaptive mapping and its ride-by-wire, its traction control and its disconnect able ABS.

This new spaces that open to this large rolling the Aprilia Caponord Rally 1200 2015.