The CB500 range naked version is called Honda CB500F, a bike to go to work every day and have fun weekend in a stretch of curves. All this for less than 6,000 Euros and suitable for driving with A2 license. 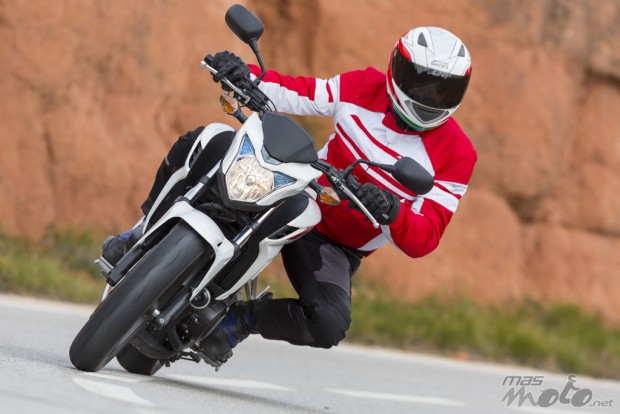 Honda presents the CB500, three economic motorcycle almost identical but with different concepts. For not repeating ourselves, you have all the information in the contact of the CBR500R test.

Couldn’t believe it me it. The CBR500R taught me very good sensations, but I got off of it to get on the CB500F and see that they are very different. Yes, it is the same bike, a faired and another naked, one with a ploughshare and the other with handlebars high and wide. It is the only thing that changes, the rest is all the same, but that change in the position of driving significantly modifies its dynamic behavior.

In town both bikes are nice, but the more upright position of F gives you advantage. Another thing is road, there the aerodynamics of the CBR protection is superior and is appreciated. But let’s go on curves, which is what you want. 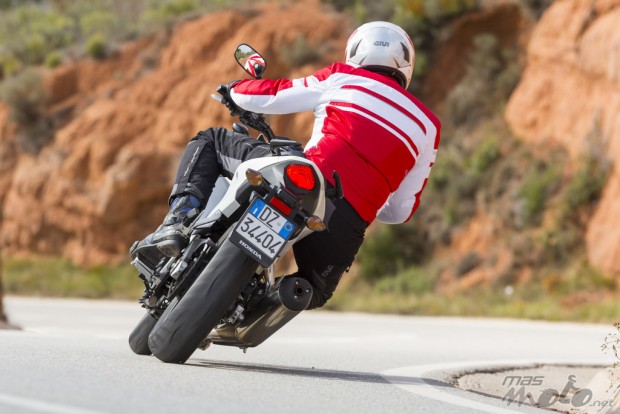 If the CBR was sports, the CB500F is not less, in fact you can shoot even faster with it in areas of curves because it is even easier. High handlebars give a feeling of control spectacular and, if we start from a bike that ‘makes good pilot to any’, in F with the high handlebar that is emphasized.

Loads less weight on the front wheel, but have not been able to note that the front wheel step worse, possibly because by my way of driving ‘to attack’, I miss the weight forward at the entrance of the curves with the naked. Yes you can see what more agility, faster to change direction and easier driving more than the CBR500R? Yes, with the F you restrain still later and if it disturbs a bit back not afraid, strips it without hesitation and accelerate as if you were possessed, because you know that it will not slide. And if it does because the firm does not have good grip that happened in a couple of curves, not afraid, it’s very sweet of reactions. 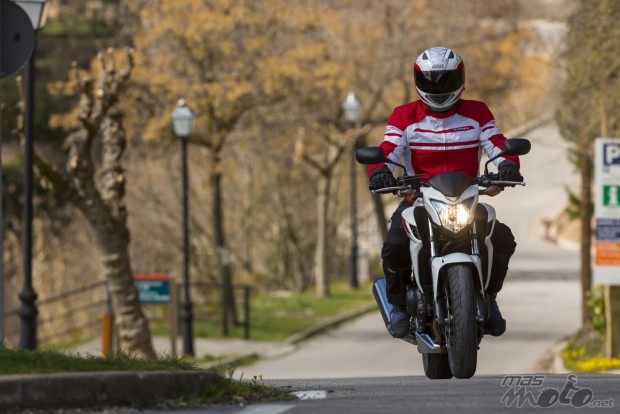 You get to rub the footrests advertisers and I tell you that I do not lie, although that also the CBR does. This can be for two things, which are low not much or because the bike allows you to lie with safety.

The case is that you can carry a rhythm devilish in twisted areas, with a passage by curve already wanting many of the ‘fat’ with the F. If you’ve read the contact of the CBR test, you will see that just saying it may be a ‘giant-killing’. As the CB500F even more. 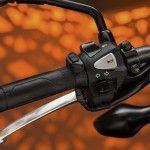 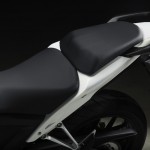 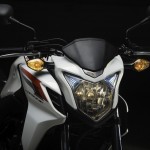 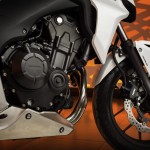 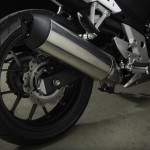