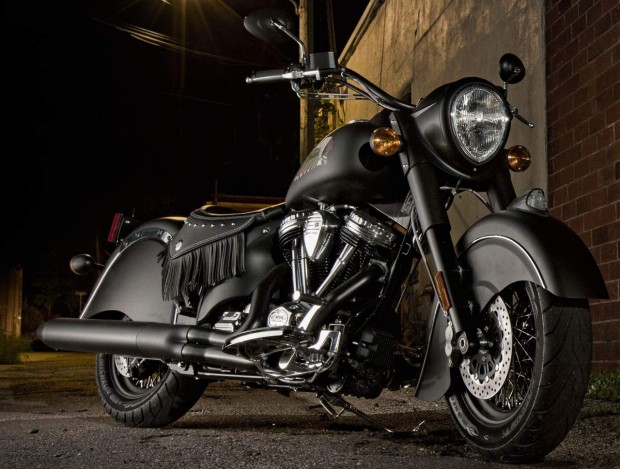 At the time of its launch in the Spanish market will be available for 22.490 Euros including 5 year warranty. Interestingly more than 2,000 Euro cheaper than the Indian Chief Classic to change several elements chrome by the matte black and remove the passenger seat. 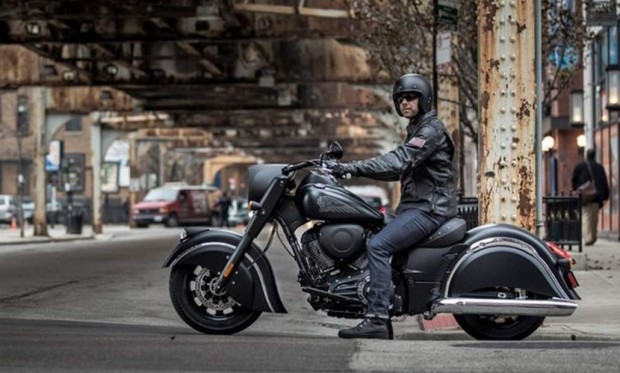 In addition to the rigorous black Matt bodywork this tone also seizes fork, handlebars, tires, engine or the head of the Indian on the front fender. Also specific of the Indian Chief Dark Horse is the monochrome presentation of the Indian on the tank, a detail of the most elegant. As the elaborate analog instrumentation with on-board computer. Its particular front fender which extends as a cover of the brakes, dual exhaust, keyless ignition, series ABS and cruise control brakes is common to the rest of Indian Chief.

Logically it would not change its engine Thunder Stroke 111, a V-twin, 73 HP of power at 3000 rpm and a maximum torque of 136 Nm in the Indian Chief Dark Horse. The part cycle is complete with telescopic fork of 46 mm, rear shock absorber adjustable in preload, dual 300 mm and 4 Pistons on the front axle disc brake, 16 inch with tires Dunlop American Elite wheels and a height of 660 mm. As you can guess is not the lighter custom, with 357 kilos in order of March and a 20-litre tank that route for enough kilometers. 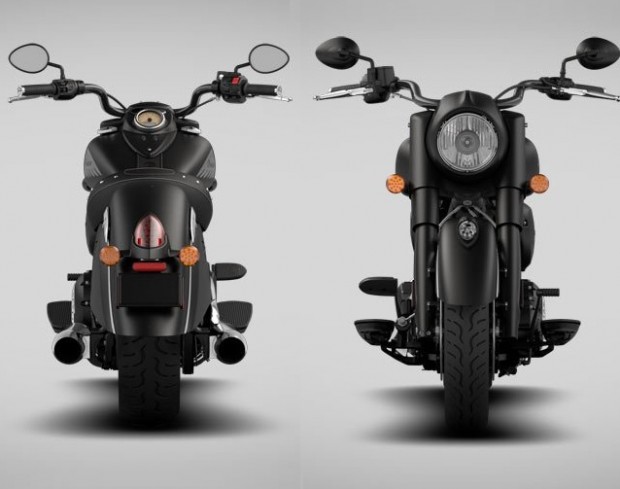 An Indian Chief more aggressive, less functional and something is so cheaper than the rest of the range. 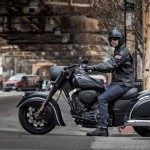 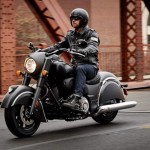 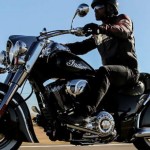