Yamaha Yard JvB-moto celebrates 30 years of the VMAX with the Yard Built “INFRARED. 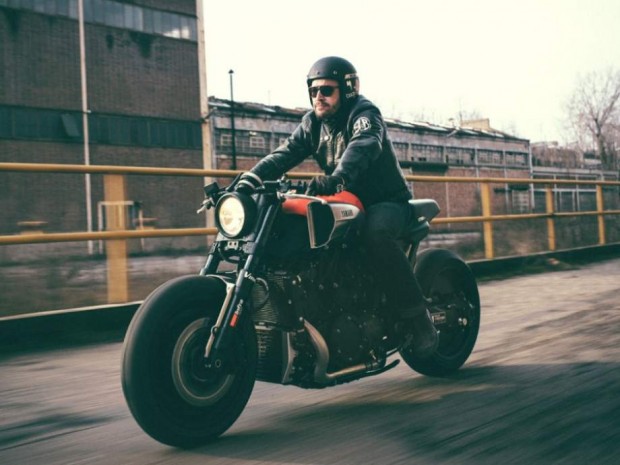 The legendary Yamaha VMAX celebrates its 30th anniversary, and it takes not more to transform a very particular year 2015. At its launch in 1985, this generous machine had made an impression in the motorcycle environment thanks to its exceptional power.

To mark this moment special and him tribute, Yamaha wanted to collaborate with a famous German tuner of the Yard Built, the famous JvB-moto universe. 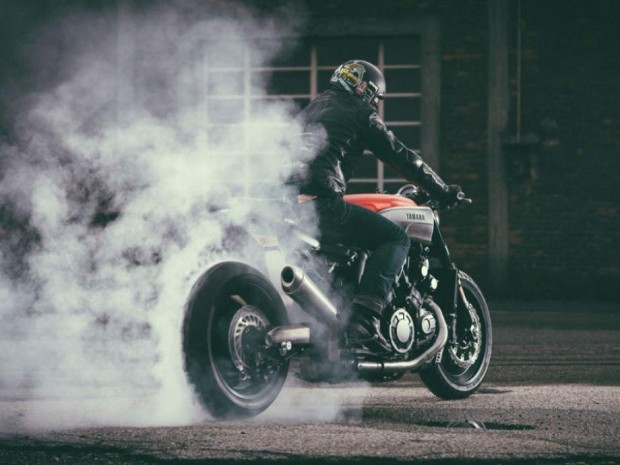 Based in Cologne, this creator is an unconditional fan of VMAX and confesses that she is the source of his passion for motorcycles since the age of 15, in 1985. Although it was not marketed in Germany at this time because of its disproportionate power, it immediately inspired Jens vom Brauck. And today, it has the opportunity to express this fervor through a spectacular creation.

For this special preparation, JvB-moto had the idea to develop a concept mi-dragster, Mi-cafe Racer, while highlighting the raw power of the machine. The tuner also wanted to incorporate elements of the original model of 1985, to pay tribute to his long career of three decades.

At the front, is a Fender aluminum superimposed by a carbon fiber – specific sign of JvB-moto – lighthouse and integrated fork. Turn signals Motogadget overlook carbon wheel flanges created especially for the occasion. Handlebars-bracelets bring Cafe Racer while the driver enjoys an authentic revolution inspired by American drag racing and manufactured by Autometer. 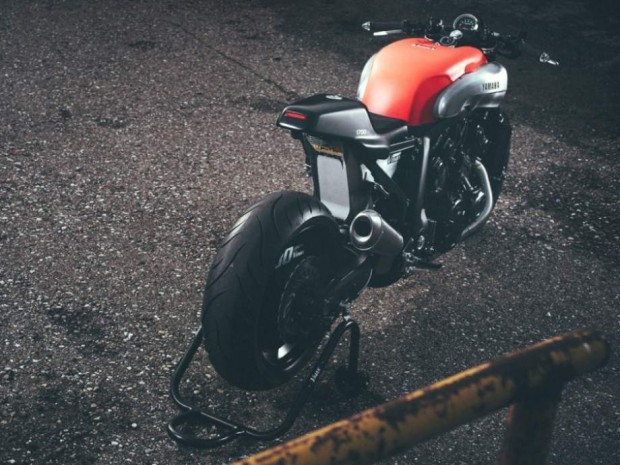 This stunning creation is also equipped with a sub frame in aluminium designed from parts in stock and a tank of fuel in aluminum, custom also and located under the saddle.

The rear of the machine is no slouch with another iconic element of the workshop of the Rhine: a rear unit carbon shaped hand by Jens vom Brauck. Also magnificent motorcycle must just sing. There again, it will not disappoint. The exhaust system is modified with a customized 4 in 1 collector and a Termignoni silencer sound hoarse.

The last point, and not least, concerns his painting of all beauty. Always concerned to pay tribute to the history of the motorcycle and Yamaha, JvB-moto chose retro colors inspired by the colors of the Yamaha team of 1985 in GP500 for more authenticity.

Each piece in aluminium and carbon of this specific Yard Built has been designed and shaped by JvB-moto; the long journey of the VMAX is thus still enriched by the very personal vision of the German tuner.

According to Shun Miyazawa Yamaha Motor Europe Product Manager. “Since its appearance on the roads in 1985, the Yamaha VMAX is, and will remain, an invincible road at dragster performance”, Yamaha VMAX quickly became an icon representation and it brings fans in wide reaching worldwide, both in its standard form than in its version to customize. In order to remain faithful to the image of this icon, we have chosen to celebrate 30 years of the VMAX by working with three processors extremely renowned to create three special editions of the VMAX which draw on the Yamaha, but also VMAX owners and all those who would like to own one. We begin this anniversary year with the model designed by the famous German inventor JvB-moto. We are all great admirers of his work and we believe that his minimalist industrial style perfectly matches the VMAX. “The result is no doubt, the Yard Built “INFRARED” pays tribute to the origins of the VMAX while giving an overview of the performance of tomorrow.”