Here is a spy shot of a new Triumph Speed Triple, recently in the test in Spain which would seem to be the new model 2016, or at least of a serious update. 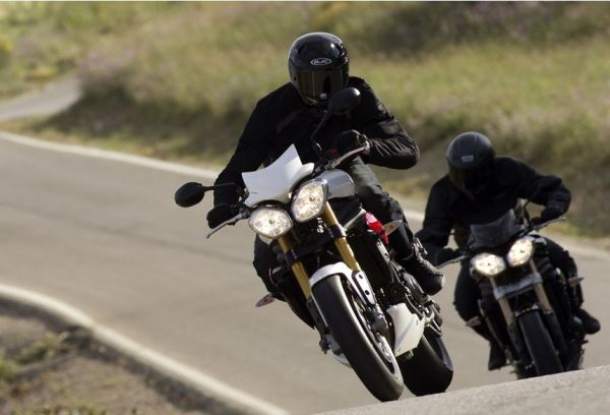 The picture shows the model has given several styling tweaks, including a new tank, various radiator side panels and a revised tail, which is significantly less extensive than the present.

A new Ram Air scoop in the fly screen was a slight boost in the accounts for the Speed Triple 1050cc three-cylinder engine delivering. 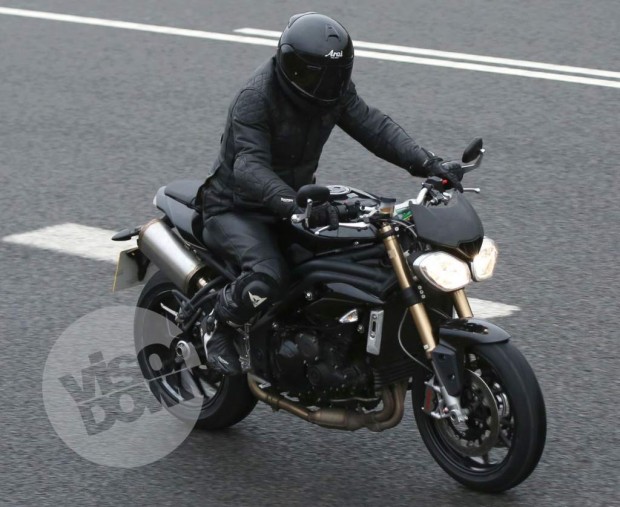 The Speed Triple test bike is equipped with Brembo Monobloc brakes on the current higher-spec Speed Triple R model used and it looks like those used on the current motorcycle dual seat unit with separate sitting substituted for driver and front passenger was ,

The Revised Model was Tested Seen Last Week in Spain

The picture shows a few interesting elements, namely a new tank, redesigned radiator scoops, a completely new rear loop with including an independent passenger saddle, brakes Brembo radial location of the Speed Triple R. And the best is located between the jumps-wind and the pair of headlights… See this air intake! A forced air intake could this be the solution found by engine manufacturers of Hinckley engineers to increase the performance of the three-cylinder 1050cc? 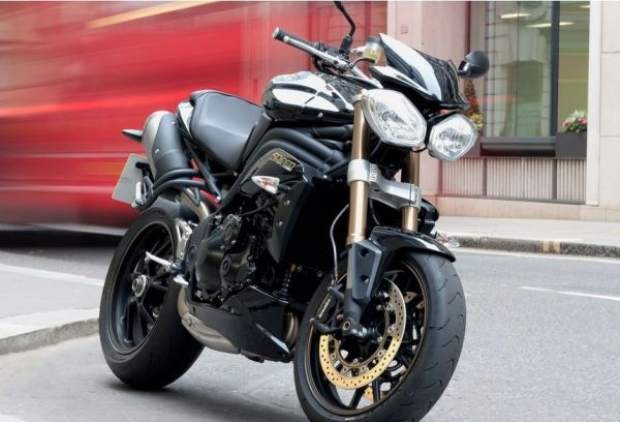 Until the official presentation, there is extremely to bet that the position of the exhaust system will be reviewed, as well as design rims and many other both technical and aesthetic details.